Water, water everywhere but not a drop to borehole

And before I even realised it's already November. I only noticed because I couldn't get the rhyme "Remember, remember, the fifth of November" out of my head.

I feel like I was only just harping on about how quickly October had come around a moment ago!
Our plans for the three units have gone into the council planning office, and the ecologist finally pulled his pants up and got us a report and mitigation measures to join our plans a week later so with any luck we should start to see some movement soon (I use the word "soon" in the absolute vaguest sense of the word)
A sign needs to go up at the end of our lane for a certain number of days outlining the plans that we've put forward to allow for any local residents to object. It sounds very scary, but in all honesty I can't wait to see it go up, it'll be a sign that someone in the planning office has at least looked at our plans!

A little hitch in our plans is that we've been waiting borehole drilling company to come and sort out our water, so we haven't been able to move in yet. I hadn't anticipated quite how much waiting for other people I would be doing when we decided to take on this project. The trouble is I don't particularly like chasing people up on things, so I'm always hesitant to persistently phone to confirm dates and times because I don't want to nag at people.
It's definitely something I'm going to need to get used to though, who cares, I'm going to be a nag (good luck Jake)
I did pull myself together enough to phone the company and triple check on when they might come out to us which as it happens was today, so fortunately we've started drilling this very afternoon! 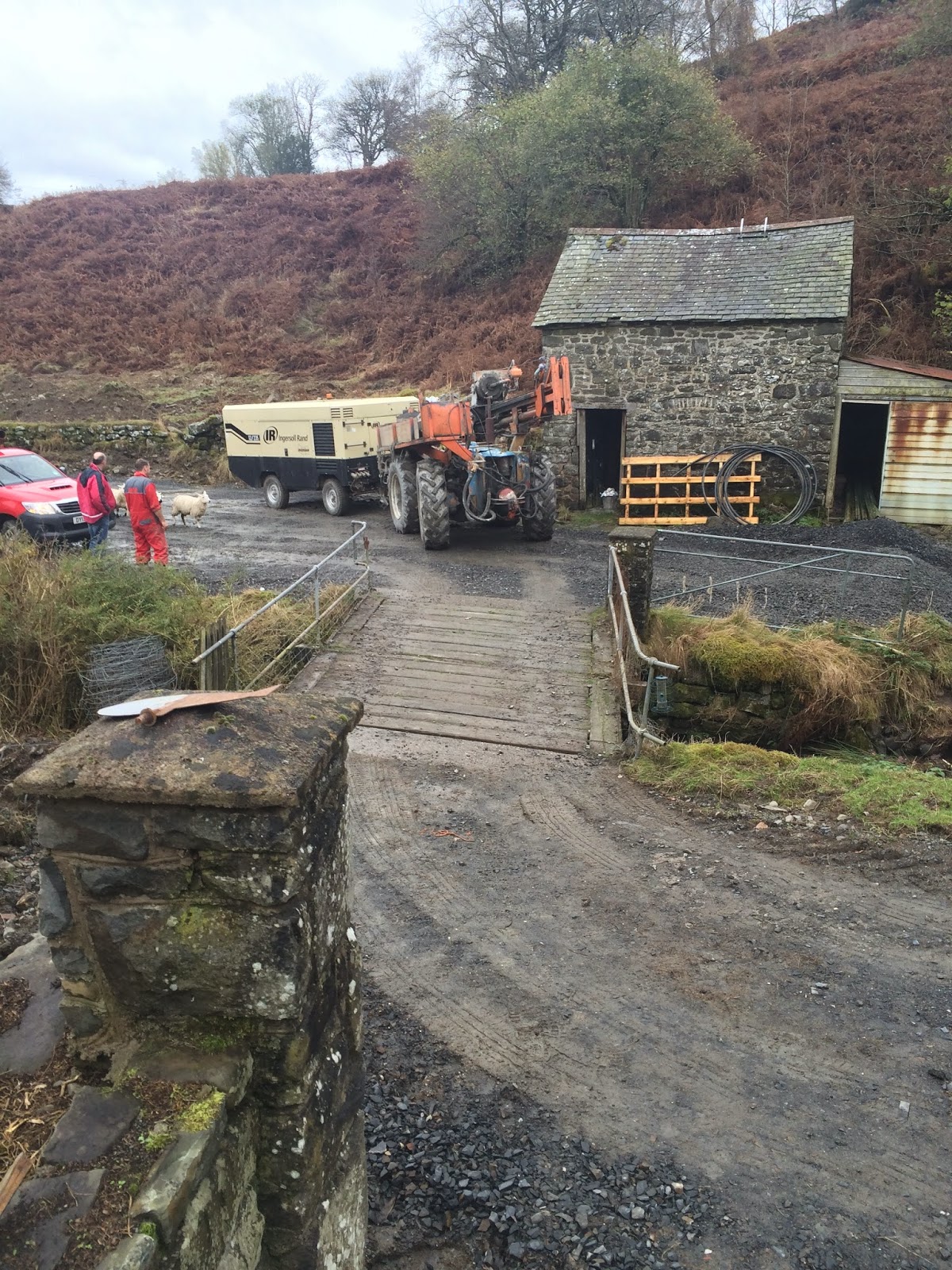 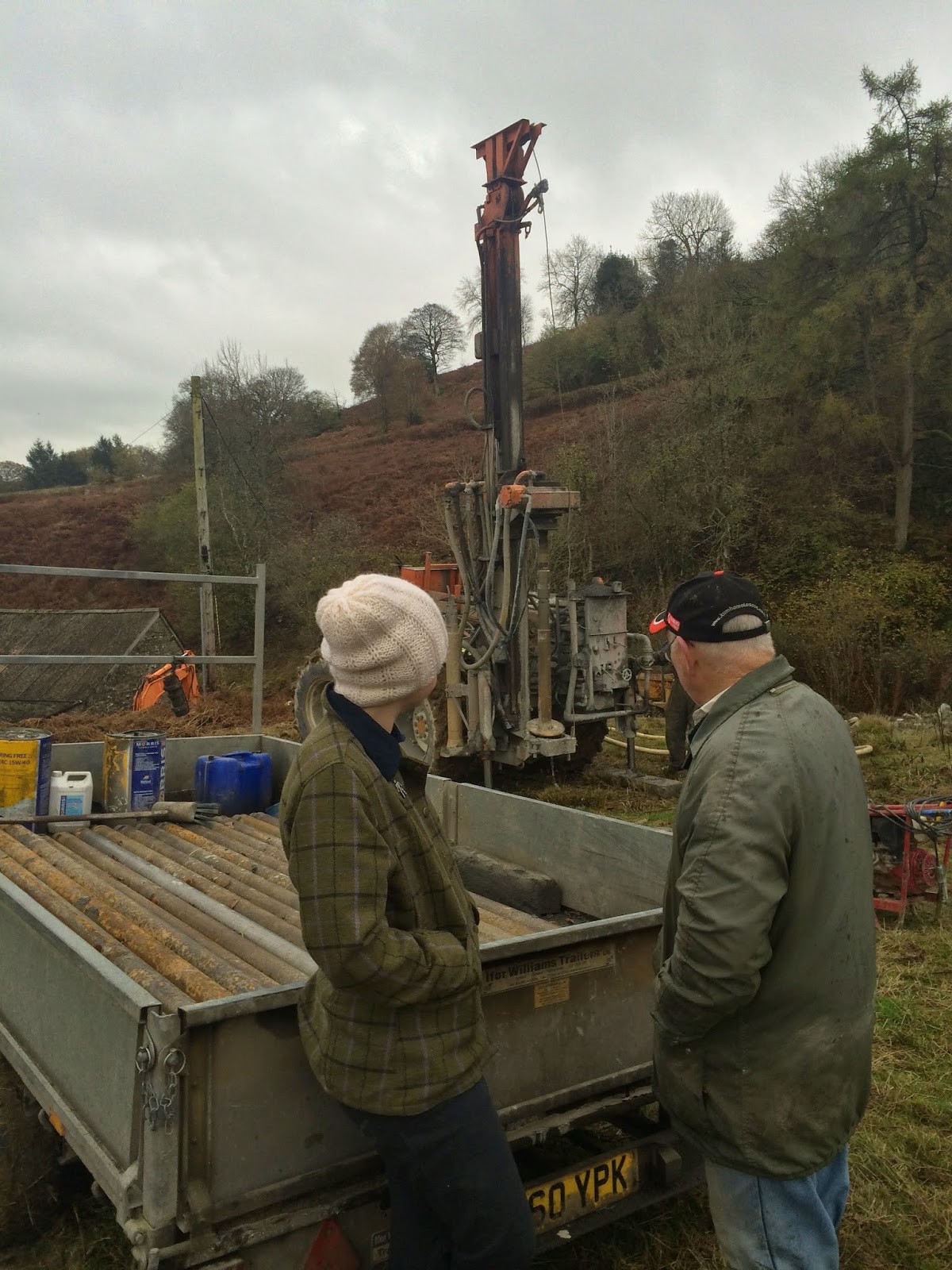 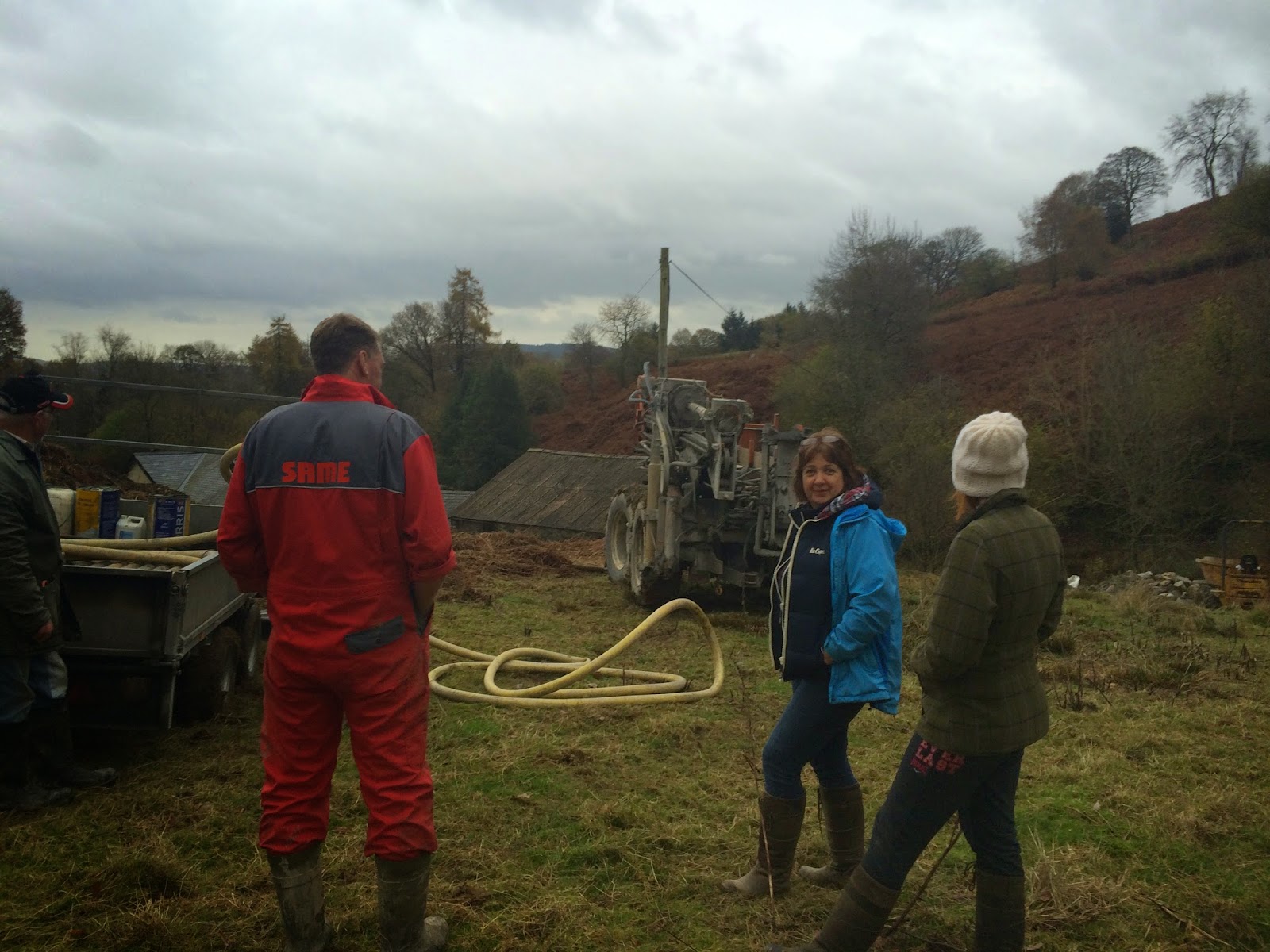 Since the last post we've had some more bad weather -hard to believe, I know- and the hole we've left in the wall of the room that had the big chimney in it has been taking quite a beating, so Dad was nominated to head up and re-nail the tarpaulins we're using to keep the wet out of the house. 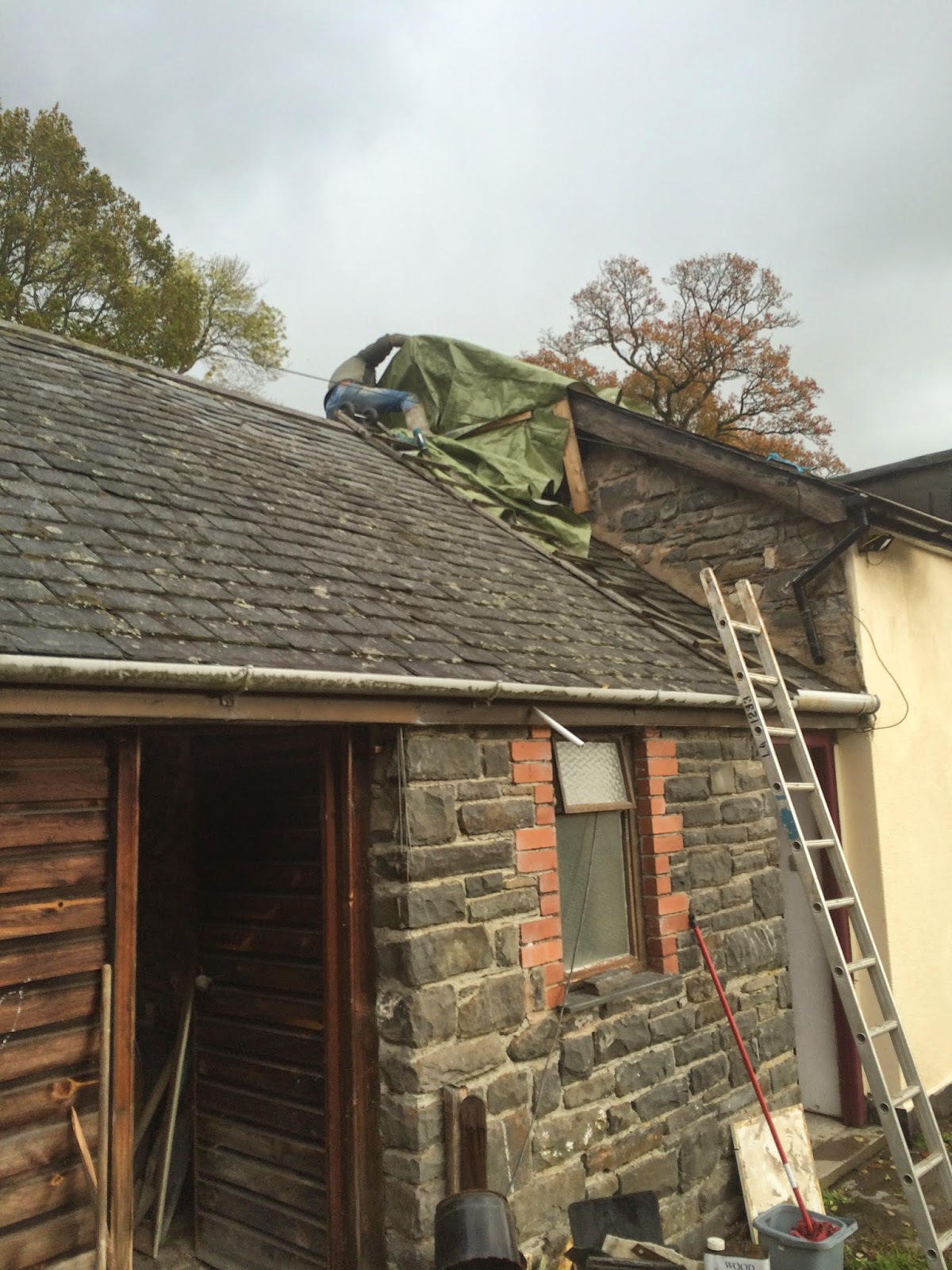 I've wrangled a carpenter to come over and finish off the room, fixing the ceiling and the floorboards, so hopefully the tarpaulin will be retired before christmas. The carpenter also has a guy in mind for re-slating the roof, with any luck we'll have the whole job done in a day. The house isn't particularly draughty as such but with a hole in the roof it's not really as air tight as it could be and we've been on a bit of a mission to get the cold out of the house before moving in, so having it all blocked up will certainly make my radiator efforts a little more effective.

Sit down and brace yourselves; the windows are in!
We have beautiful, white, double glazed windows and two french doors.
It took the fitters the best part of a week and they cladded the upstairs dormer at the same time, bargain!
The house looks like new, or at least it looks like it has double glazing.
The glass is even fancy tinted stuff, for all our privacy needs, what more could I ask for?
With the windows in the inside of the house is getting a thorough scrubbing because there isn't an awful lot left to do inside that's going to make much mess, and to be fair, the windows didn't make much mess anyway.
Mam is being very tolerant in my raiding her cleaning cupboard and Dad seems to have developed a little obsession with Mr Sheen Wipes. He wasn't very impressed when we ran out and all Mam had to offer was the spray and a cloth. 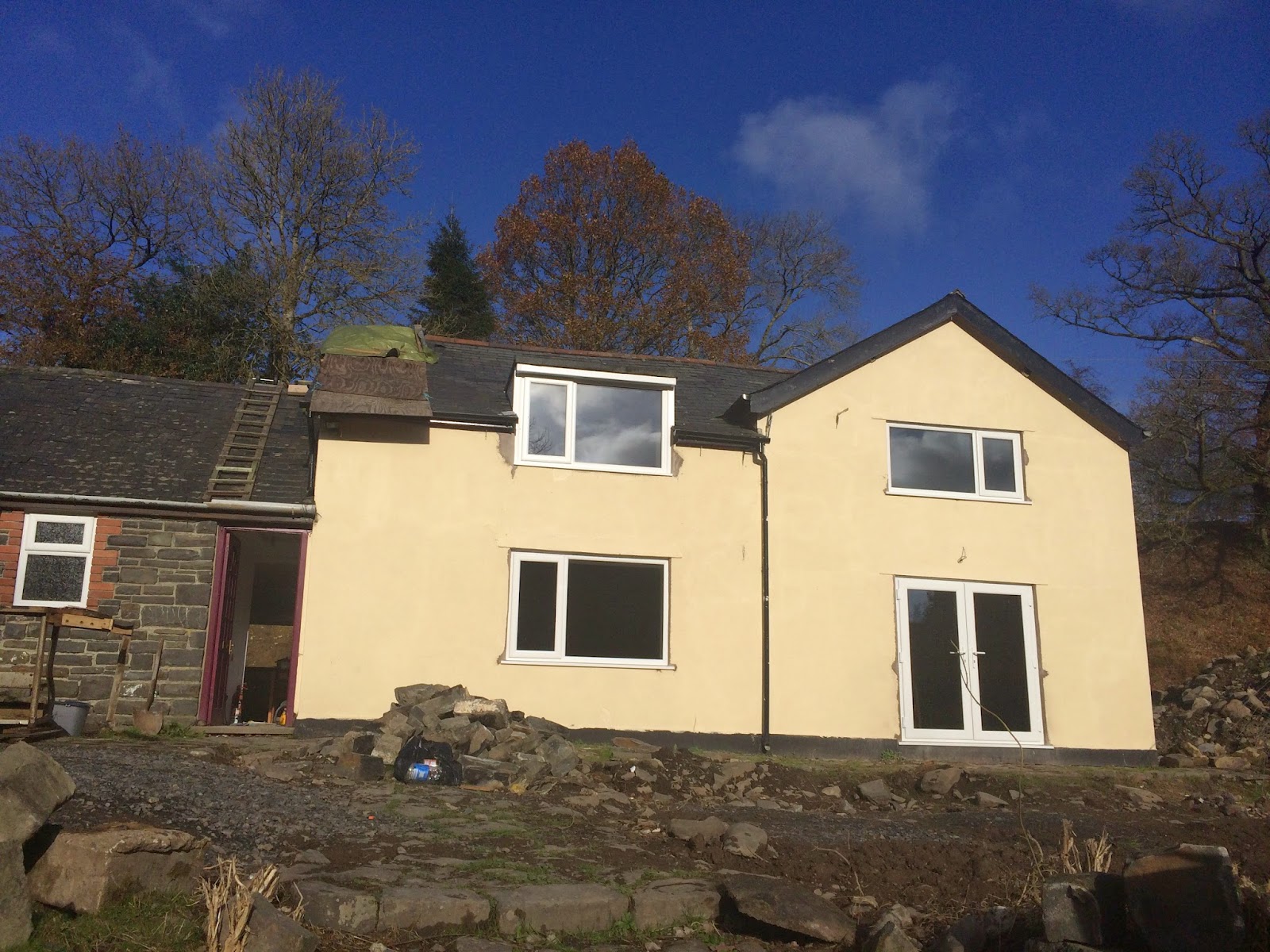 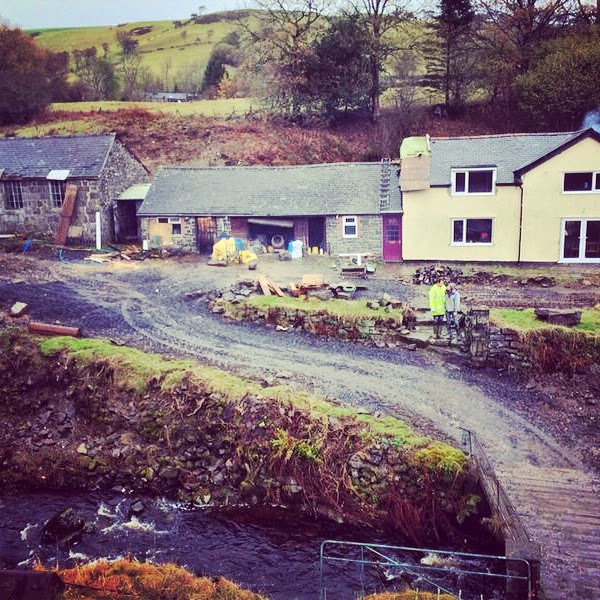 While the windows were being fitted I tried to stay out of their way as much as I could because I'm not at all useful, so I was back on the mission of pointing up the stable. Currently we're rebuilding the top section of the back wall and the building looks considerably more sturdy than it did three weeks ago when we were pretty much pulling just soil and straw from between the stones. At least now I don't feel like it might fall down while we wait for planning and once this one's been done just another two to go!

The cattle grid has also had a little bit of extra work done and now has a lovely gate hung next to it as an extra entrance for livestock and people who can't walk over cattle grids. 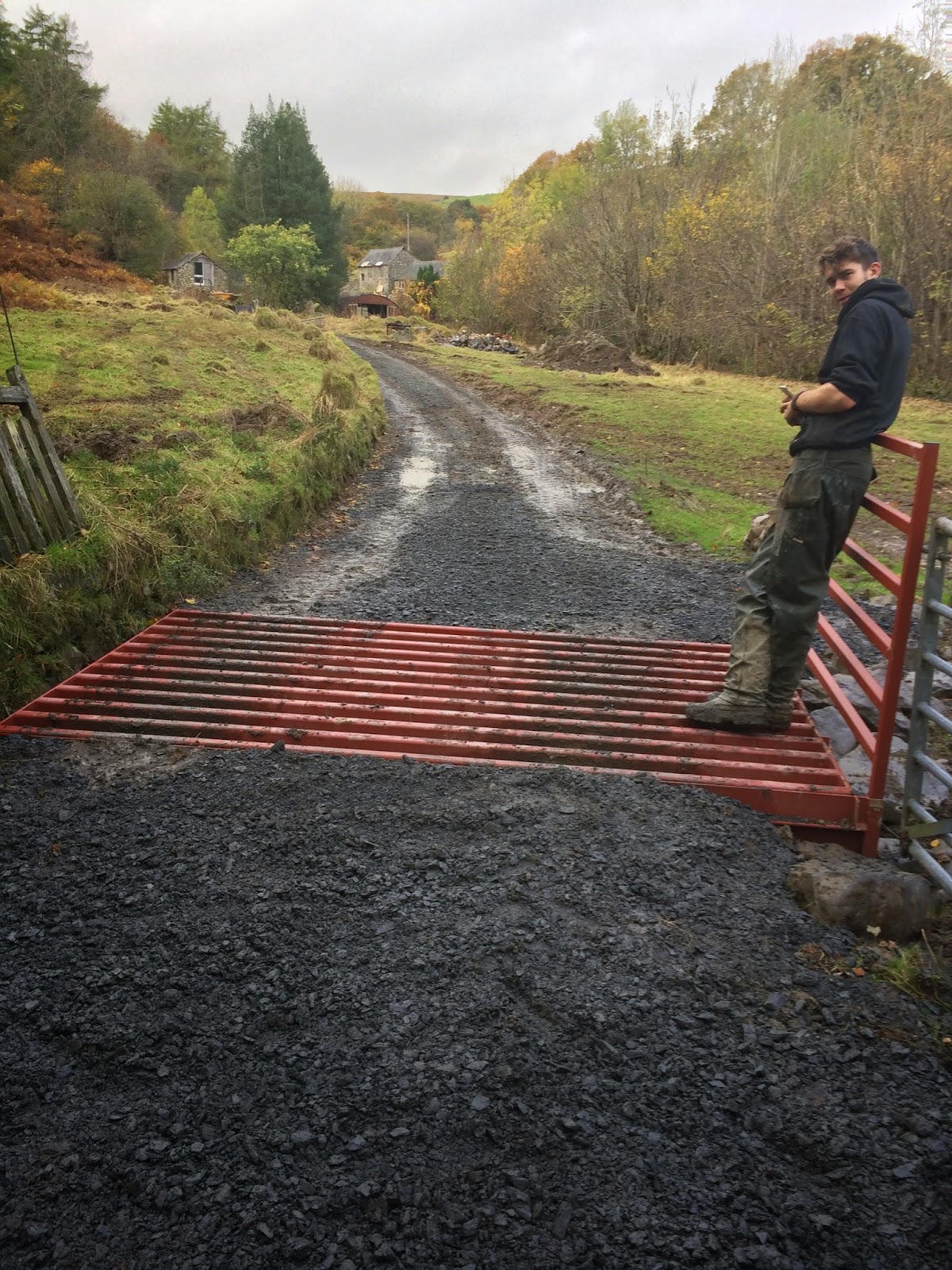 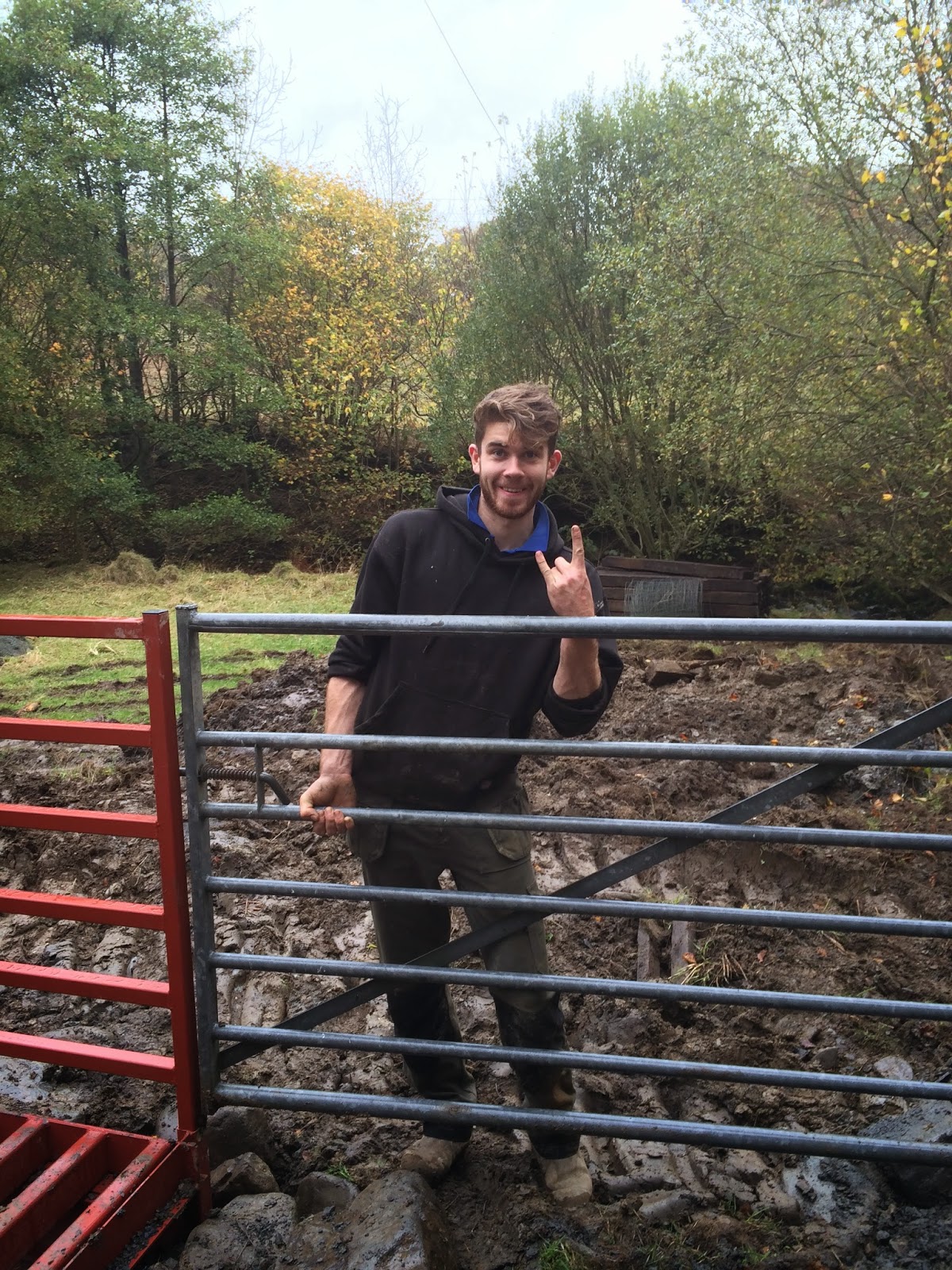 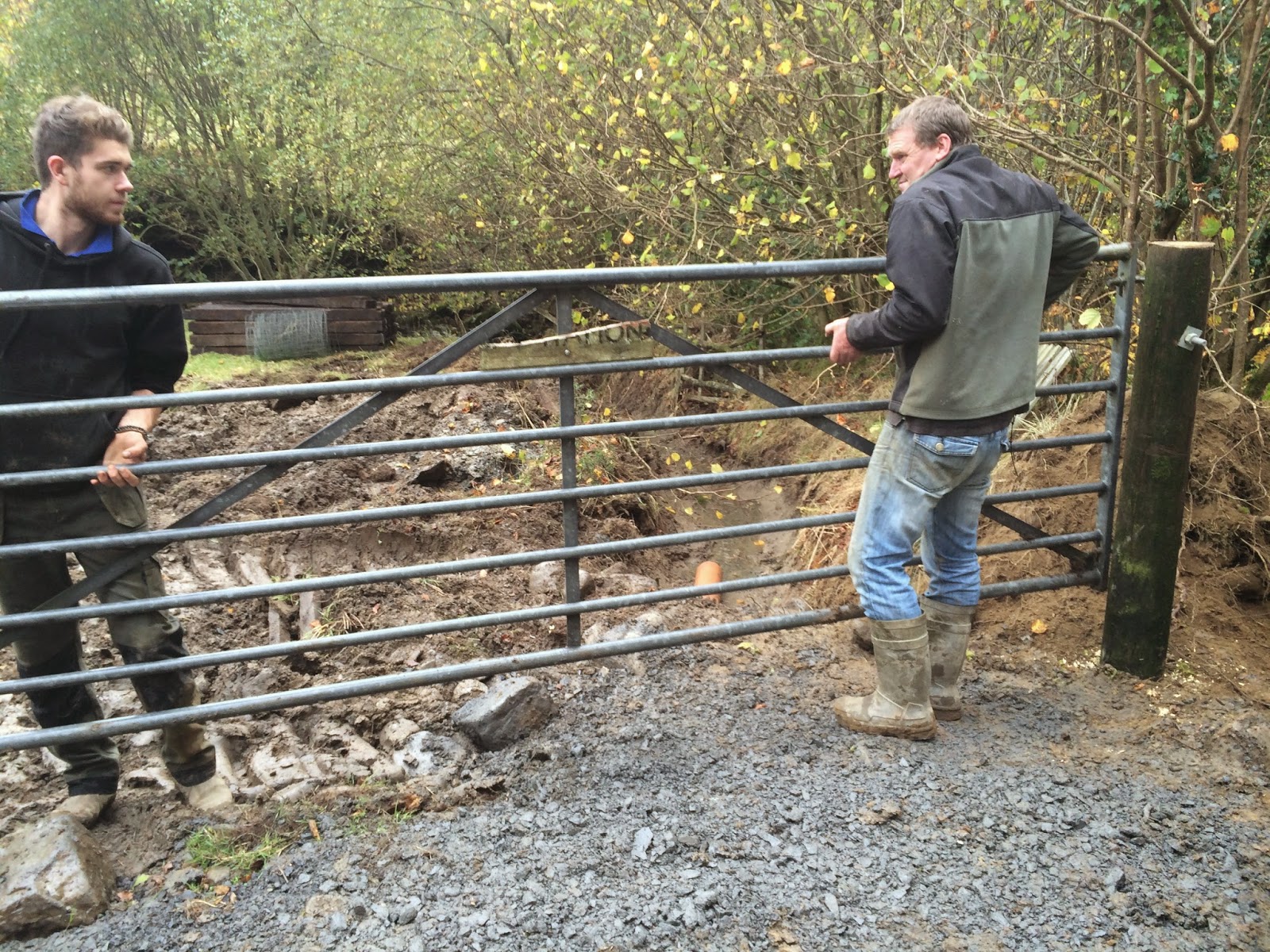 Of course all the hard work fixing the gate entitles them to a little bit of nonsense and the ferny bank finally got a proper christening. I'll get the videos up eventually. 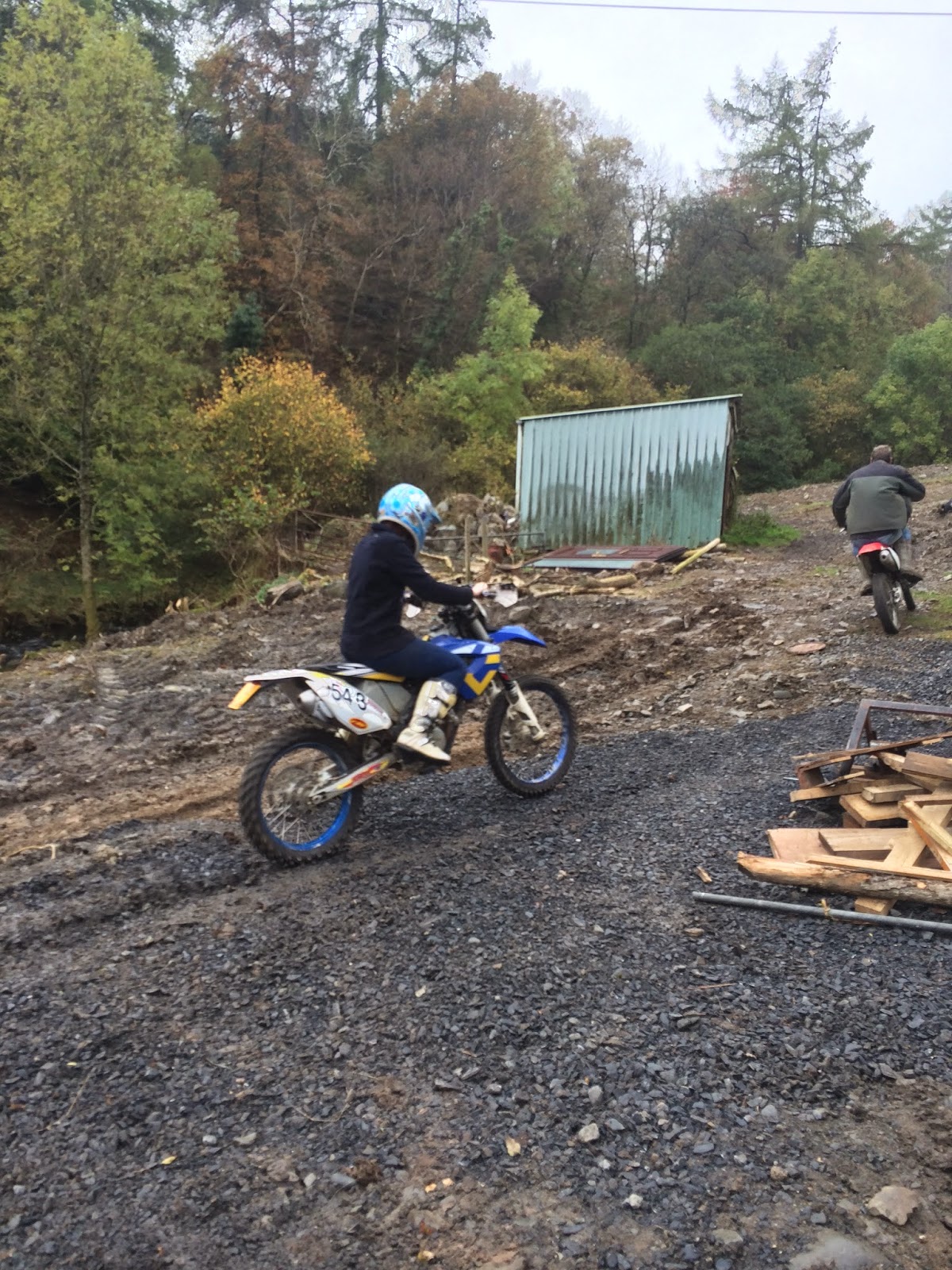 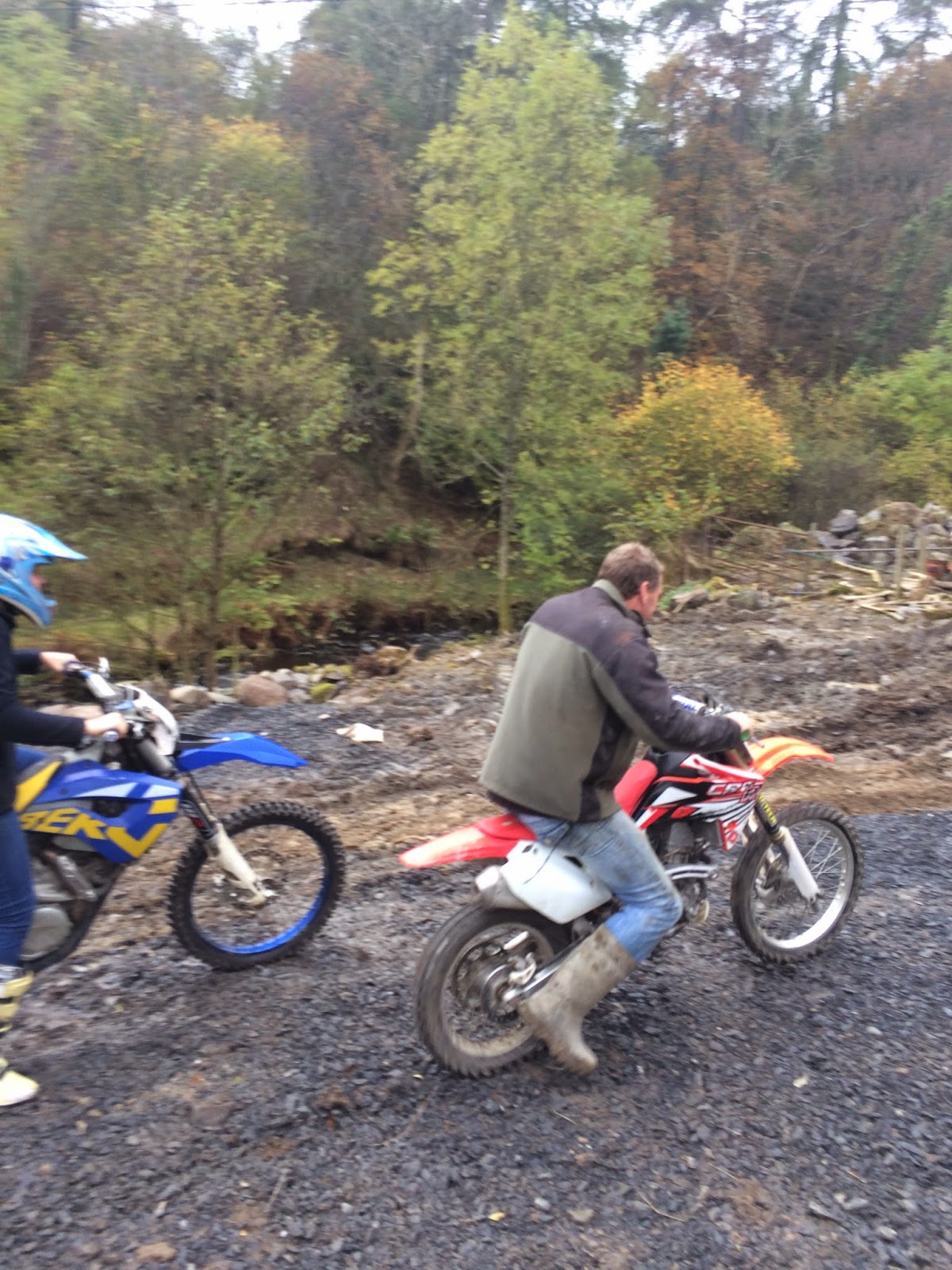 In between all the pointing (pointing up walls and pointing at people who are doing more work than me) and cleaning I've also started on the list of stocking up on appliances, so washing machine and freezer have landed, along with a new double oven and a chimney cooker hood.
The utility room is ready to go; I've tiled the windowsill after quite a considerable amount of demonstration from Dad, and cleaned and painted the walls, so now I'm just waiting on the electrician to hopefully add an extra socket for all my appliances! 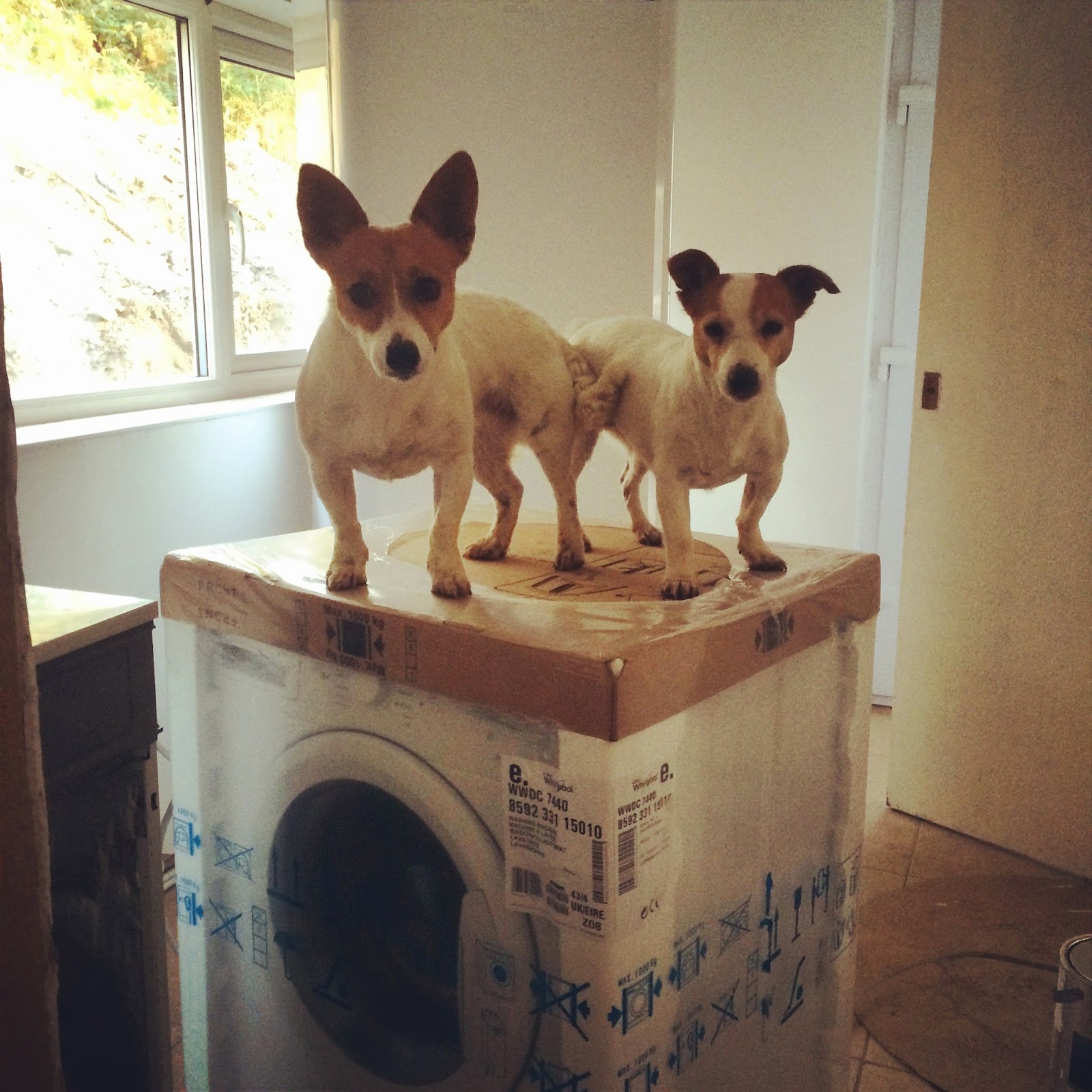 I've also tiled the windowsill in the kitchen. I'm not the best at cutting tiles to say the least but with Dad being a bit of a perfectionist, especially when it comes to things that need straight lines, I can't really get away with doing too much of a shoddy job, so the sills actually look quite smart.
With all this tiling I got a little over excited and ordered the tiles for the kitchen backsplash. I think Dad is already going grey at the thought of all the straight lines I'm going to be completely unable to maintain in the amount of tiling I'm going to need to do.

No video clip this time, but some recent panoramas and photos of the house and a bonus shot of Jake and I's halloween pumpkin efforts that took pride of place at the end of the lane by the sign. 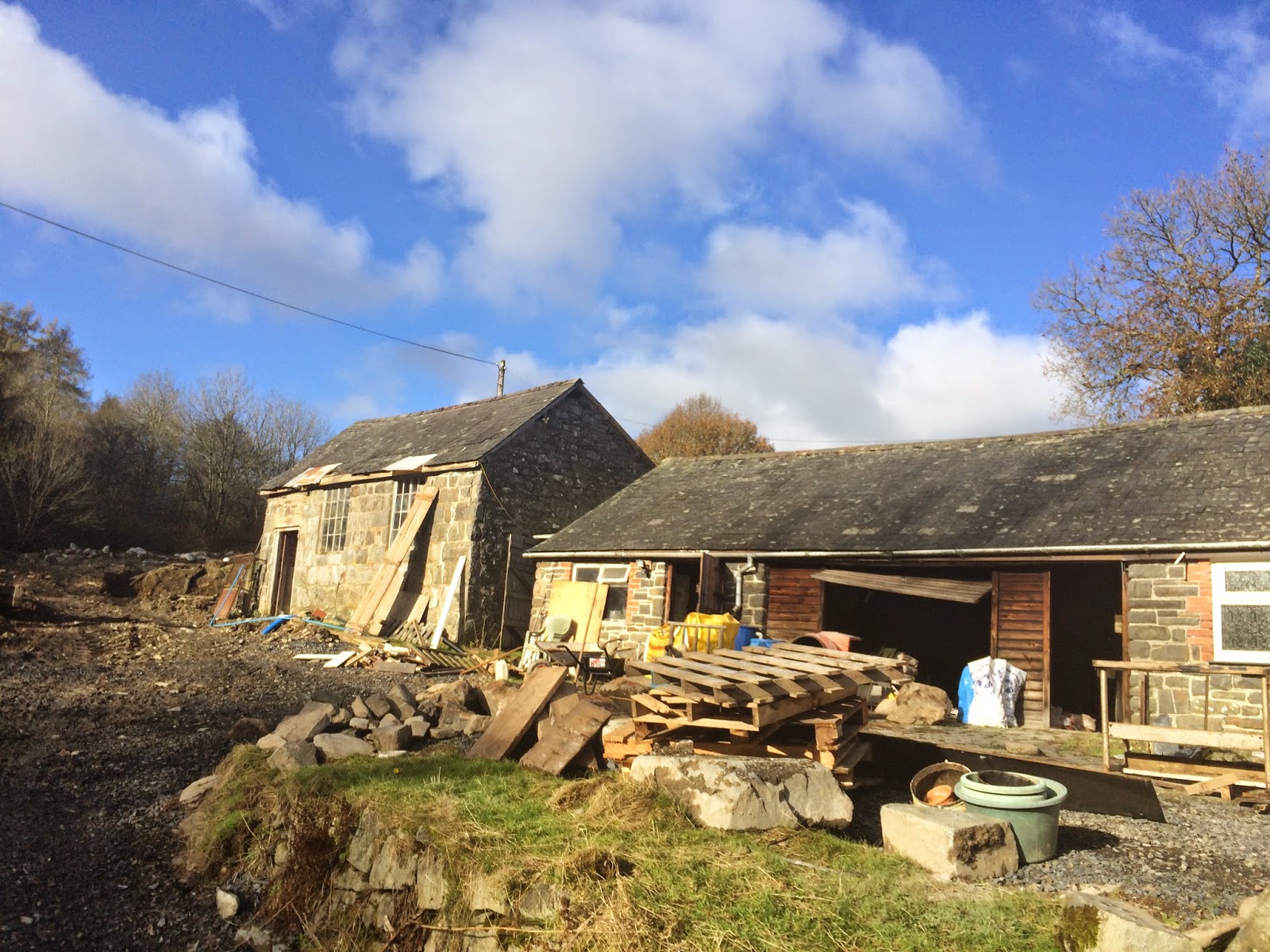 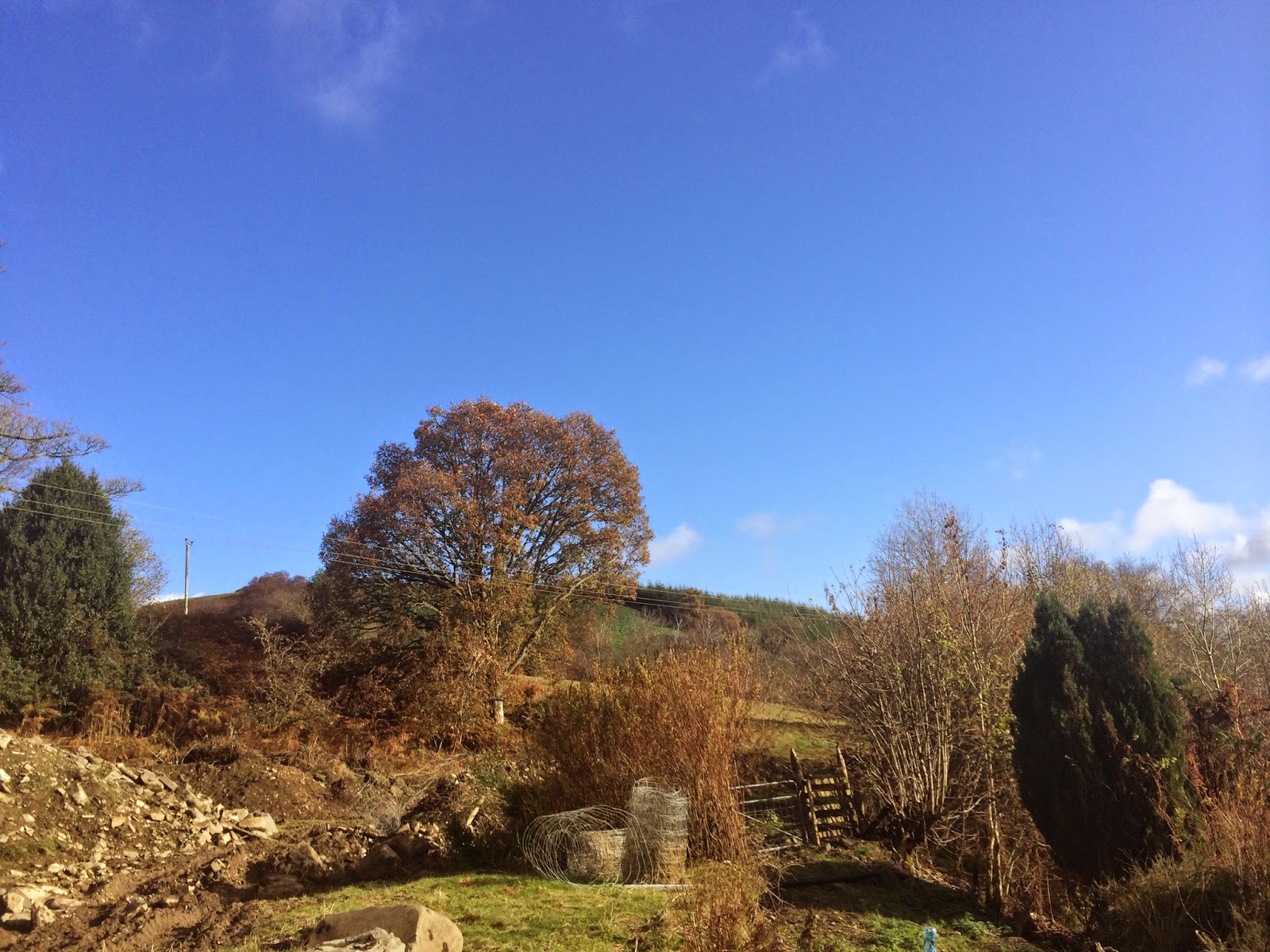 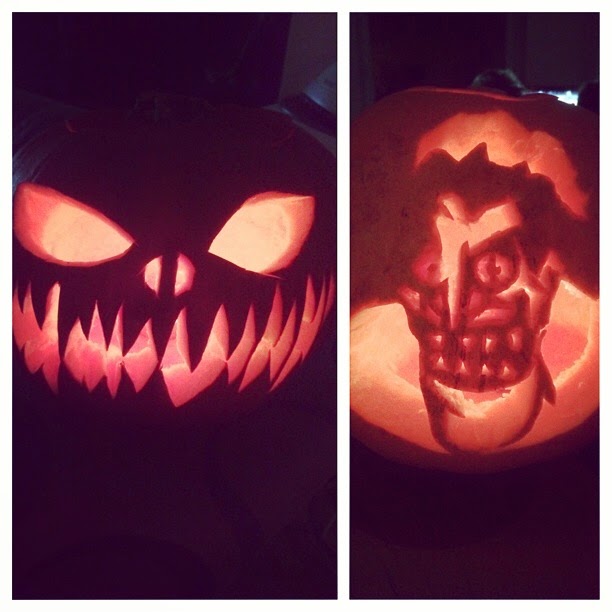