Still waiting on planning permission and it's getting pretty tedious. The eight week deadline (only a guideline) has long since passed so now I'm spending every day jumping at any email alert in the hopes that it's a response. Everyone warned me that planning would take much longer than you could ever anticipate, and I did my very best effort at playing down any negative comments I'd heard about the planning offices, but it would seem everyone was right and I really should have braced myself for a long wait. On the plus side I've found an entirely new depth of patience that I didn't think I had.

Dad couldn't hold off any longer and has got back to digging. With the weather drying up a little and the ground frostier he's been able to continue with the excavation around the back of the buildings, the stone put down before Christmas has helped dry it up so that it doesn't look like a muddy soup anymore, and now the boulders we've dug up over the last few months are finding their home in a new stone wall bordering what will be the garden area for the units (planning dependent!)
He's also spent a good week creating the rest of the car park. Again we're making the most of the resources on our doorstep, so all the rocks and stones that get dug up are now another stone wall around the edge of the car park which maintains uniformity with the original stone walls that run along the road and will make a lovely little home for lots of creepy crawlies come the summertime.
Stone wall building is pretty satisfying to say the least, like fitting jigsaw pieces together, but it doesn't half make your arms tired and it's not the cleanest job, one splash of rain and it's back to working in mud. Which does call to my inner child for a while, but after an hour it's too much mud to handle. 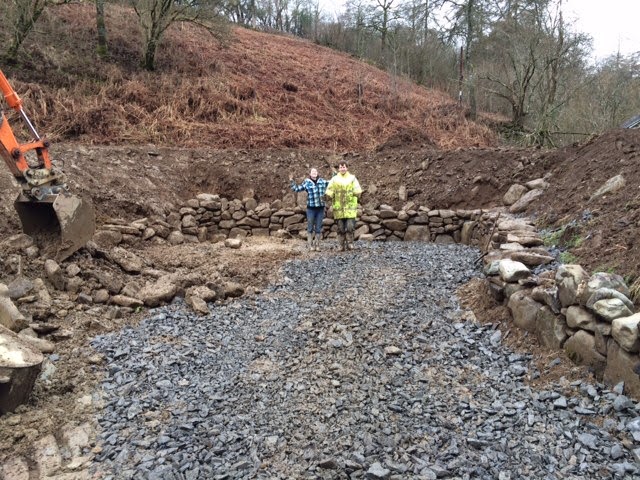 It takes a lot more brain power than you think to create a car park, you need to think about the spacing needed for each car to park in, but you also need to provide plenty of room for people to turn around and leave the car park, and after living in Cardiff for two years it's very clear that there are a lot of people who need a lot of space to maneuver. Luckily we've even got Mam and Nessa on board! The more brain power the better. 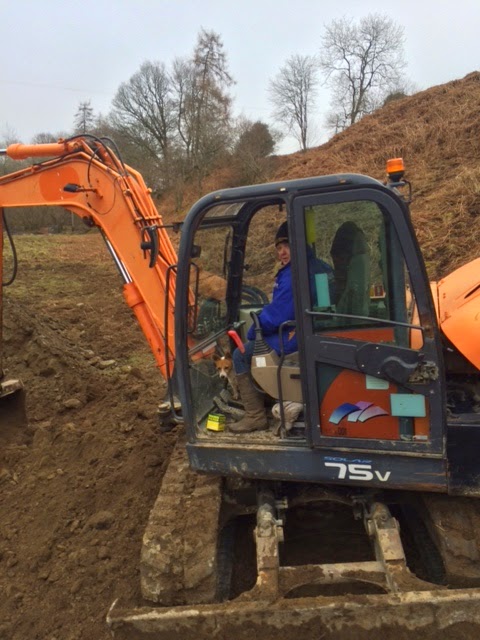 What we want to create with the parking area is a space where you can't see any vehicle from the housing so that guests can have a getaway where they really feel like they have escaped from it all. It also stops the visual impact of being able to see cars and allows for a more private feeling of being in an untouched, natural part of the world.

In the Autumn I planted a few snowdrop and daffodil bulbs around the entrance to the lane and so by next spring there should, with any luck, be a host of flowers. At the moment there isn't anything even slightly resembling a host of daffodils but there is one solitary, tiny, little snowdrop pushing through. 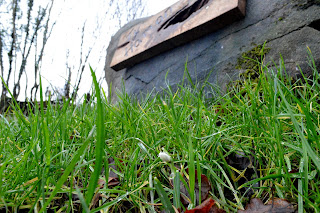 I mentioned last time that when the sun came back I'd take another hike up to the top of the Cledan Valley to see a clearer view and we picked a pretty good day for it. In fact I've been up twice since New Years Day; once during a snow storm, where Mam, Elliw and I reenacted few scenes from Frozen in the middle of the blizzard; and more recently on a much milder day without any extreme weather conditions! With clear skies you can see down the valley to Cadair Idris, which was snow capped and impressive on the horizon. 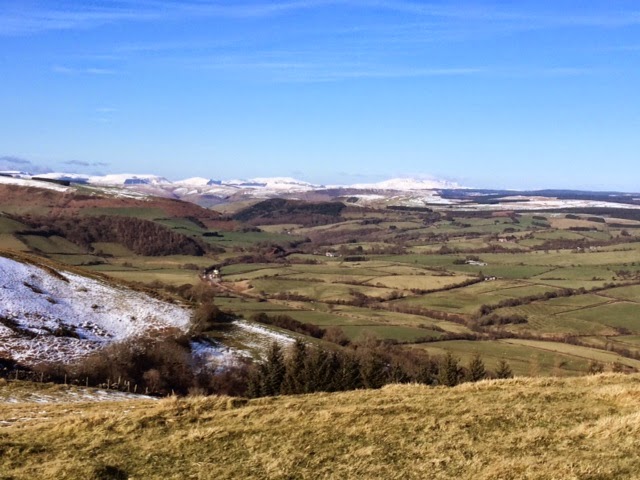 And with the days getting a little clearer it's starting to feel like spring and especially now with the farm having it's first early lambs and they are too cute! 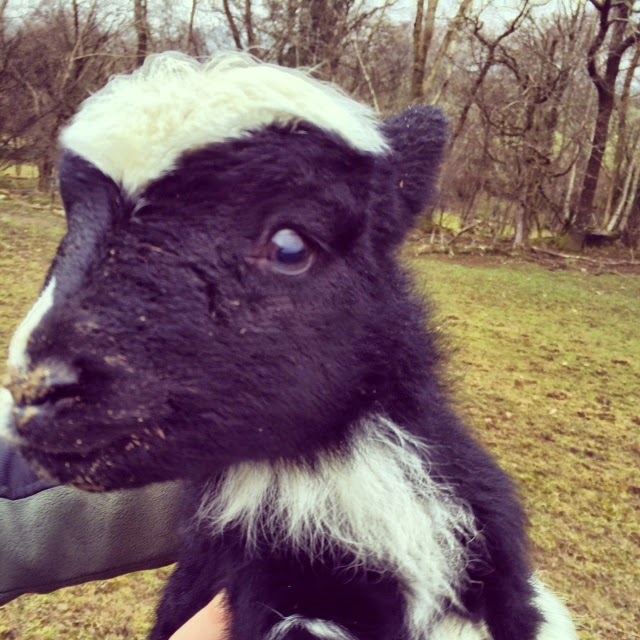 Hopefully next time I get around to writing a blog we'll have an answer on the planning application, although I do feel like I've been saying that every week for the last four weeks. Fingers crossed!