So what d'ya know? We're straight into December!
I always get to the middle of a month and think, 'Wow, I should write a blog post' and then I seem to take the rest of the month thinking through the process of opening my laptop, so here it is, Goodbye November, Hello Christmas!

I think it's pretty safe to say that I am a Christmas person; you know those people who grumble because Christmas songs start playing two weeks before the first jingle of the Coca-Cola lorry? That's not me. I was singing Christmas songs in July.
Seriously.
And I'm even more excited about this Christmas because it's our first one in the new house.
Yep, you read right, we've moved in!
We've got water, we've got heating, the tree is up and the twinkly lights are on (sort of, because none of the downstairs sockets work, so they're plugged in but not lit. It's the thought that counts, right?)
We don't have a working kitchen for a little bit either because the electrics need sorting, but the electrician is booked in for the beginning of next week so as far as I'm concerned we've got the green light for Christmas dinner.

Before the electrician can finish working his way through the kitchen we need to finish tiling which is what we've been doing on and off this week. We started pretty keen, all guns blazing, but then we got to the part of the wall with the sockets and my tile cutting skills are pretty limited, so we seem to have lost a little bit of steam now towards the end! Dad's on the case with some slightly superior cutting skills. The trouble with the wall is that the previous owners built it and I have my doubts as to whether they had access to a spirit level because as with many of the other parts of the house it's not even remotely straight.
The wall has a lovely curve to it, which throws the tiles out a little so some don't lay flat, and the kitchen counter is a little bit flat but not completely so they don't lie right on that either. But it's the sort of thing you can pass off as character in a house this old.

As we're on the subject of things that don't really fit we've had a little bit of a hiccup with the living room fireplace. Turns out that it wasn't quite as secure and sturdy as it looked. I lit a fire in it one morning and quite a large volume of smoke started pouring out around the mantle piece instead of heading up the chimney. Cue quick phonecall to Dad! 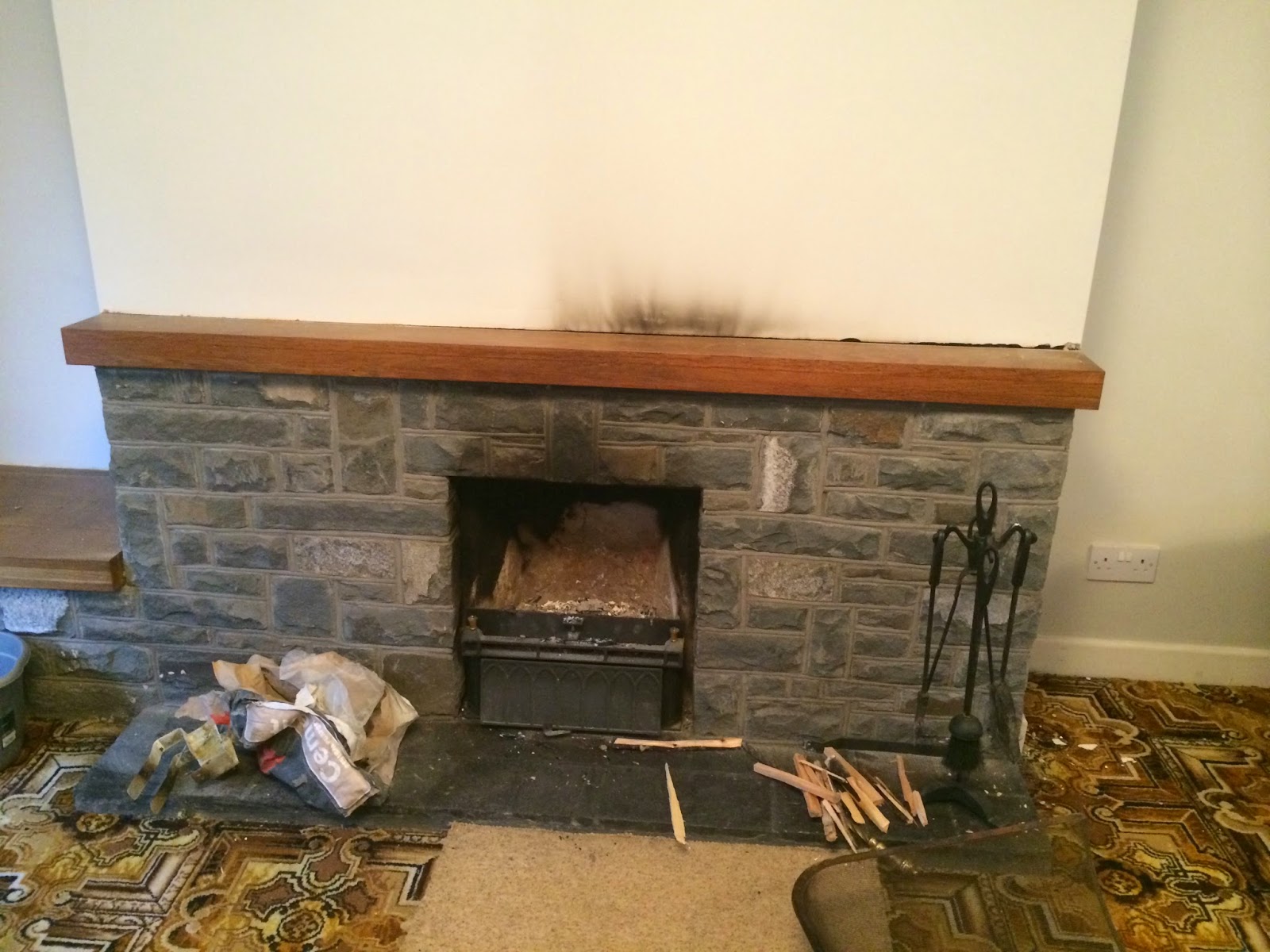 In taking the mantle piece off to try and solve the problem we realised that the whole fireplace was pretty iffy, so we bit the bullet and decided it was going to have to come from there. As it happens it's turned out for the best, because it appears that the entire thing was held onto the wall with one nail and even my limited diy knowledge tells me that sometimes you've got to buy more nails.
Jake spent a morning taking the fireback out too which had cracked, so we're just waiting on GP to return and fit a new one as well as rebuild the fireplace. 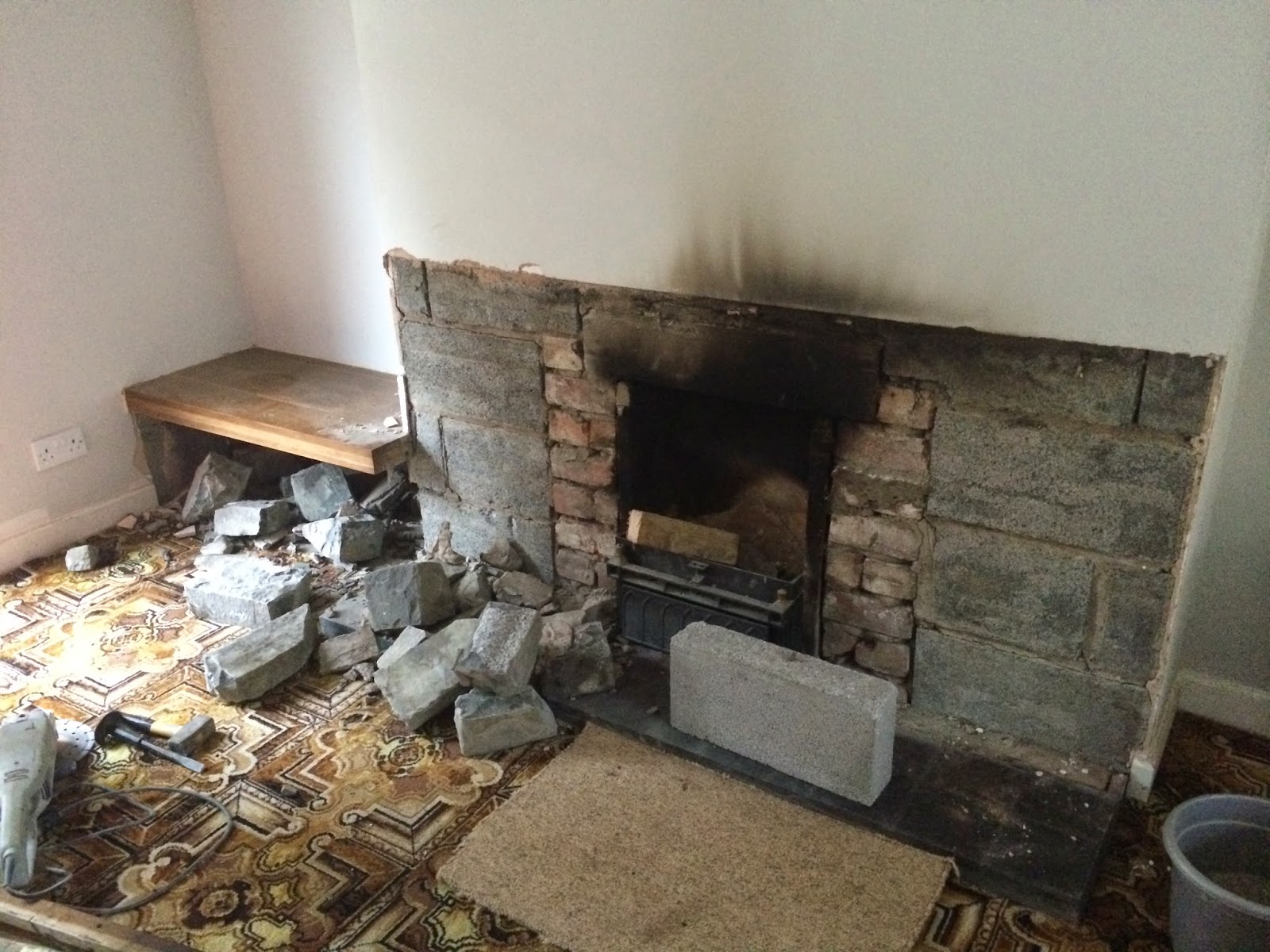 The upstairs bedroom that once house the big fireplace stone thing that took weeks to dismantle has now been plasterboarded and plastered. 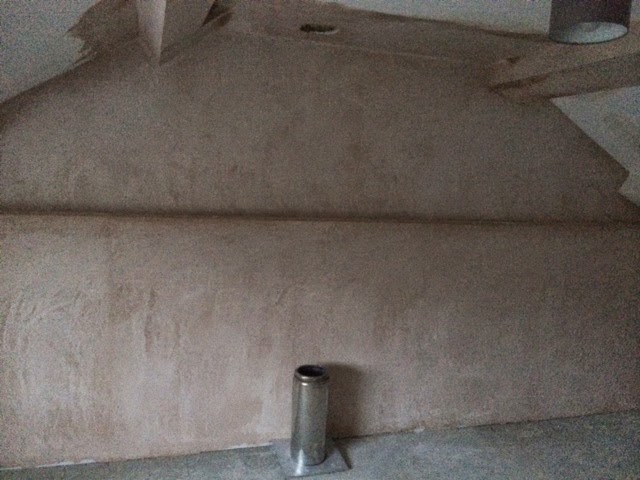 One thing that we're going to have to get used to living up here and being reasonably self sufficient is that we're not hooked up to the drainage system that the rest of the village is. At the moment that means using the old septic tank, but once planning is through we can change to a new sewage treatment system that is much more efficient. Mam and Dad have one for the cabins and there is one small but stinky downside. Some guests coming to stay at the cabins don't read any signs or notices provided to them, that means they ignore the message of "Don't flush anything that isn't toilet tissue" and that means the sewage treatment system gets blocked, and that means it has to be unblocked before it breaks and needs replacing (pricey!)
November is my birthday month, and as an early birthday present I was nominated unblocker.
Obviously everyone found this a hilarious suggestion. 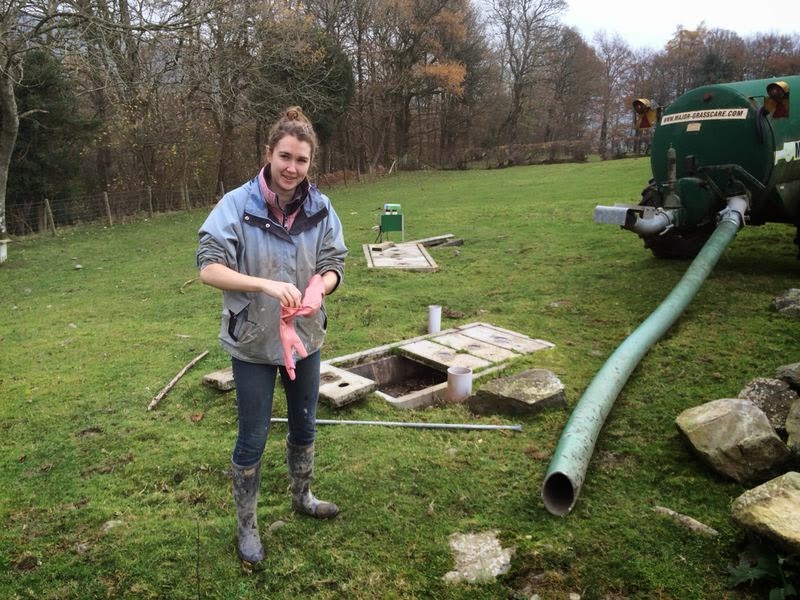 On a serious note it's genuinely frustrating that people would completely ignore an instruction, especially one regarding what to flush and what not to flush.
Why would the note be there if it wasn't necessary? Who is writing flushing instructions for no other reason than as a chance to use the new printer and laminating machine?
I imagine guests would find the bill of having to replace an entire treatment system much more inconvenient than putting a facewipe in a bin instead of down the toilet.

There's a hashtag in this somewhere I'm sure.

On a lighter crafty note, I made this! 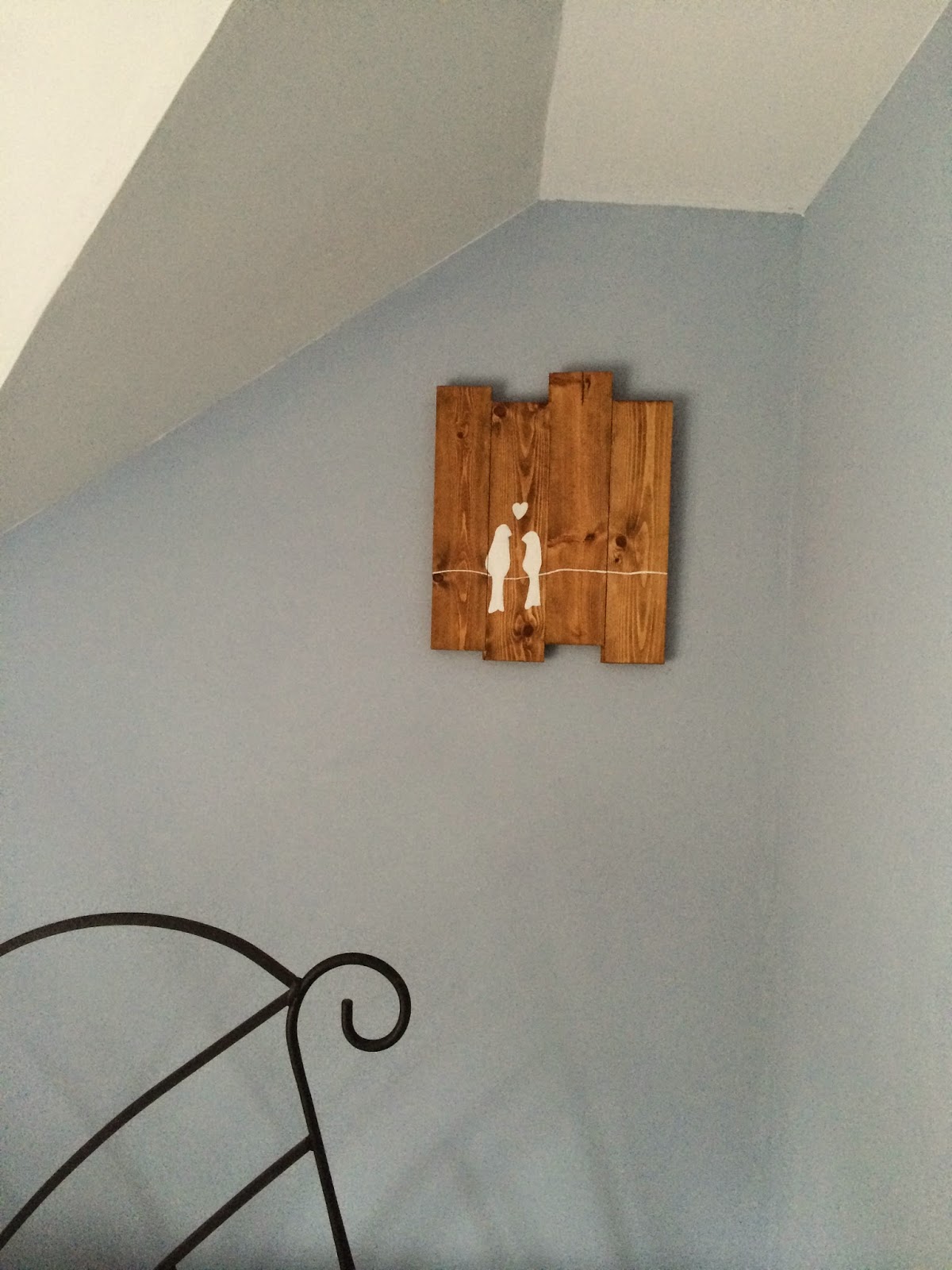 And my inner crafter is so proud. I almost sliced myself in two with a sander ("how is this possible?" I hear you cry, "a sander is for sanding, not for slicing!" let me leave you in no doubt of my being utterly inept when it comes to anything. I could get a paper cut from a piece of Duplo) but crafting has it's risks, and they're risks I'm willing to take when the results are 60% tacky 40% cute 100% awesome.

Can't have a blog post without including some of the recent antics, so here we have Dad and Elliw in their newest purchases ready for winter weather. 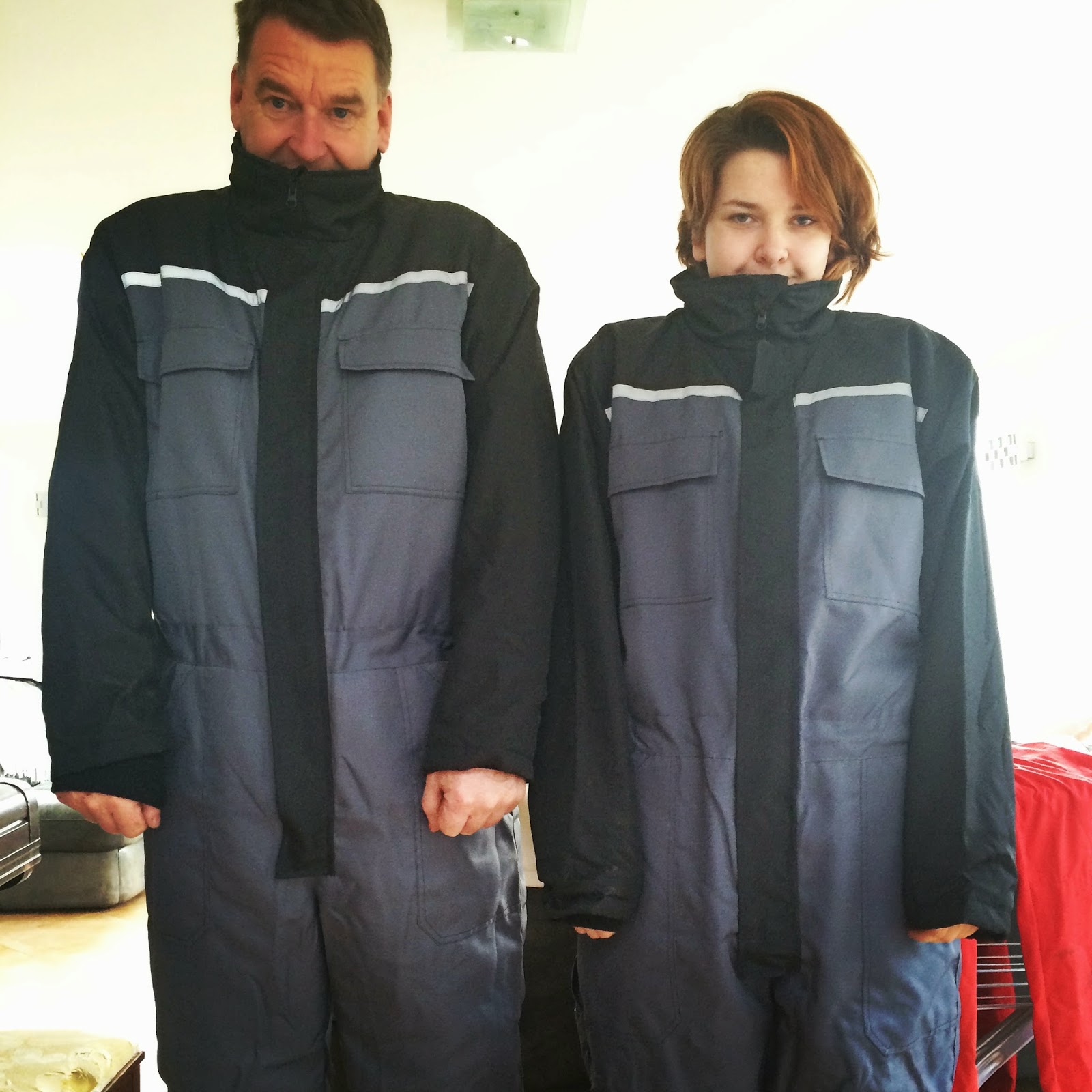 Mam has found her spot in the living room. 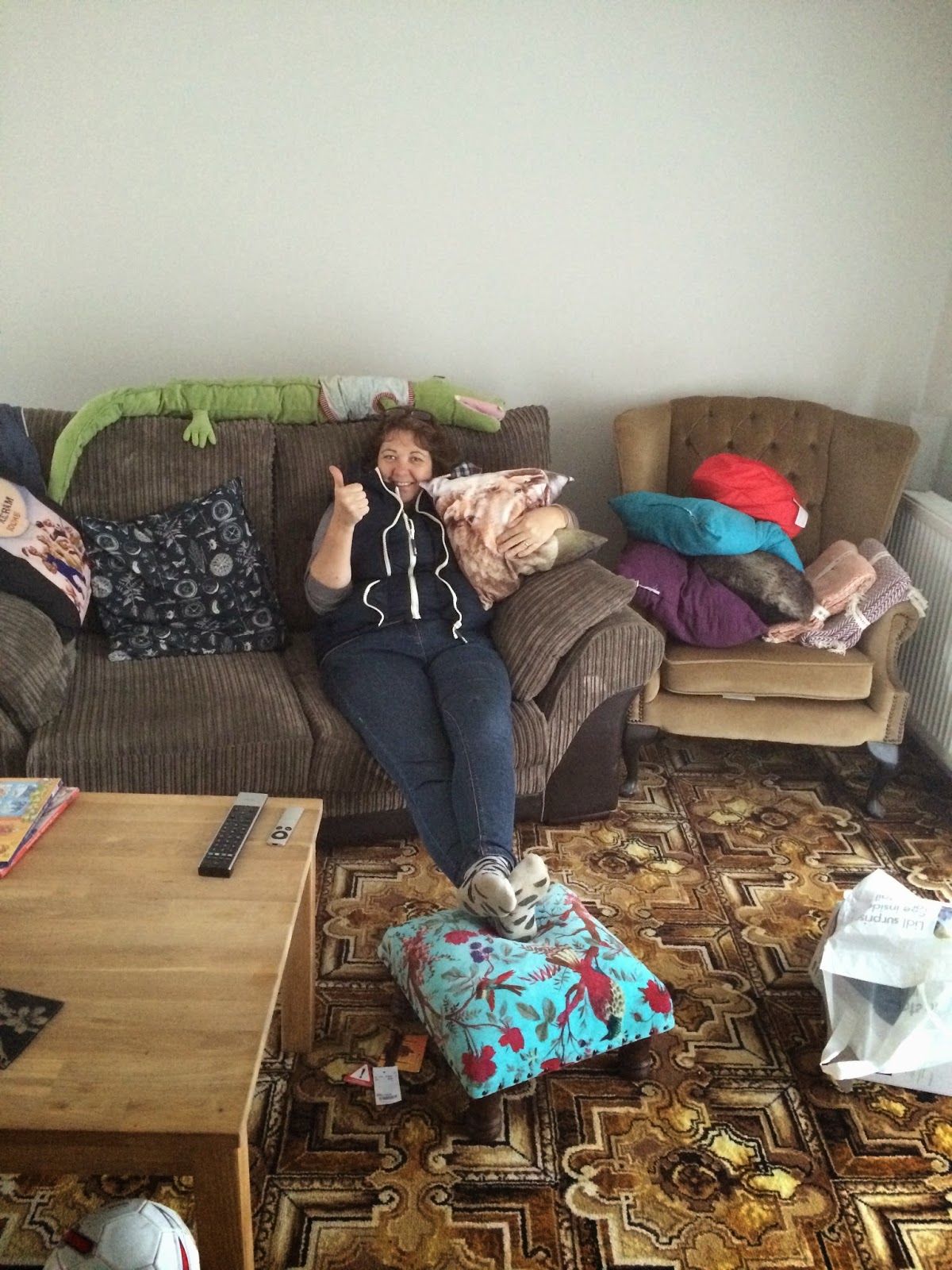 Dad is beginning to embody the Christmas spirit. 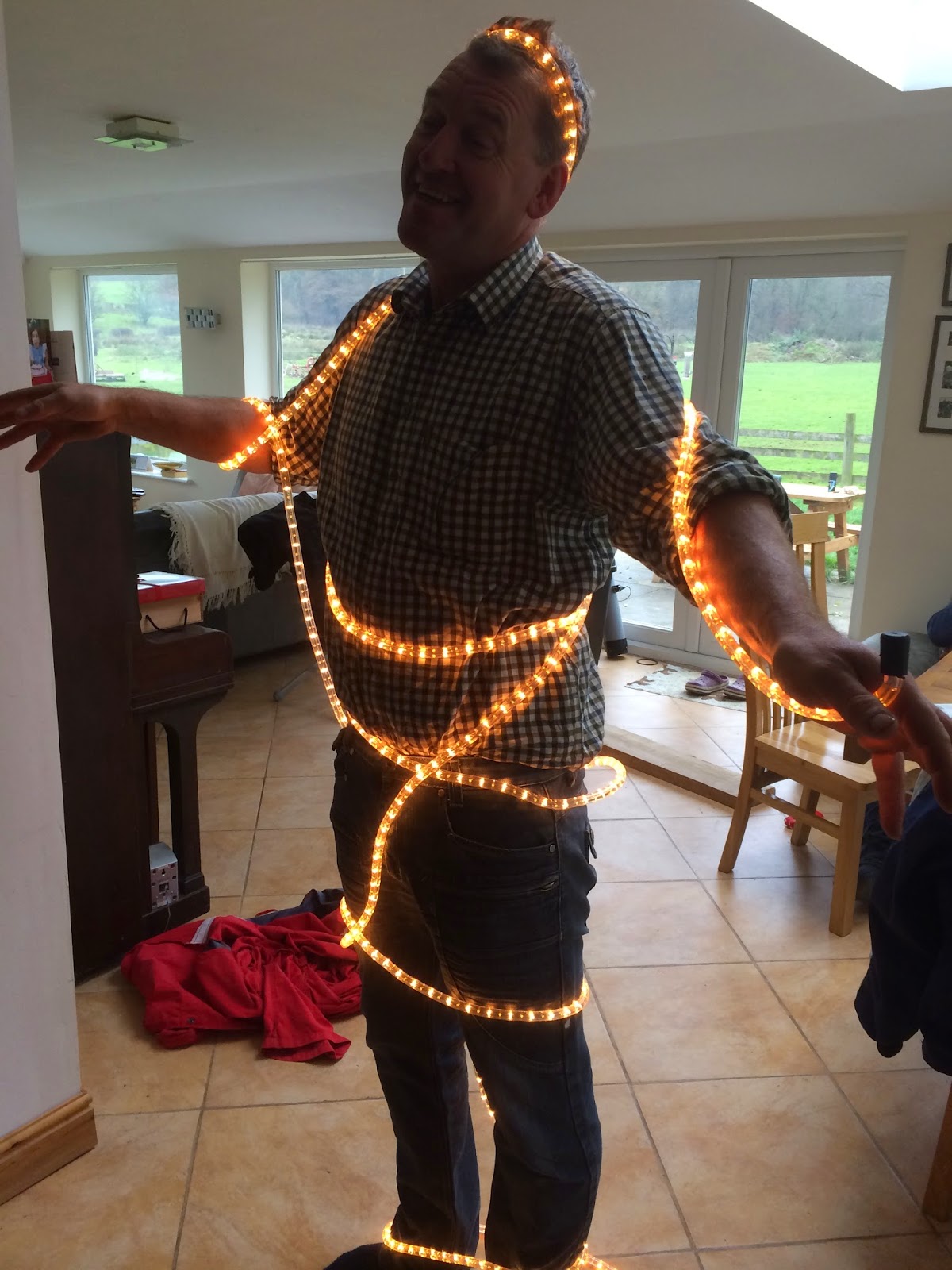 And finally our little christmas hearth with holly trimmed from our own tree. 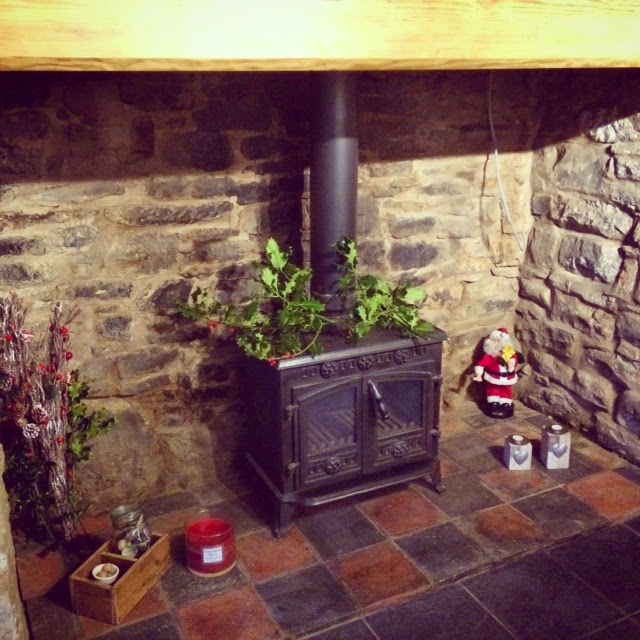