As we were getting towards the end of the building process the wood burners were quite a thorn in our side. We'd bought the wood burner for the stable quite early on during a little but of bargain hunting. The wood burner for the chapel we ordered in the new year, and it was handmade by a pretty talented man from down Carmarthenshire. He took a list of points that we wanted (it was a pretty short list, 1) be good at burning wood 2) have a large glass front so we can see all the burning wood) and made a gorgeous wood burner that is unique to us, very much in keeping with the rest of the accommodation.

Having the wood burners was one thing, figuring out how we were going to put them in was another problem entirely.
I think by the time it came around we'd all run out of ideas on how to make a pretty and effective hearth for the setting we had, in the end we stuck with what we knew- stone!
Honestly the announcement that the hearths were going to be small stone walls didn't go down that well. We started with the stable as that had the earliest booking, so once the hearth was designed and cemented into place it was just the task of putting up the flue.
Another point of much deliberation as I had always imagined the flue pipe going straight up and out the ceiling. In the end another hole got punched in the wall we'd just built and it went outside, all in a day's work! 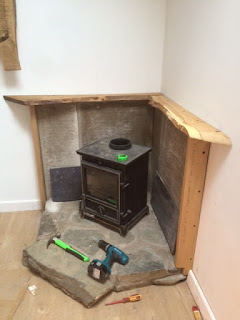 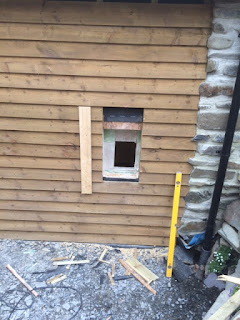 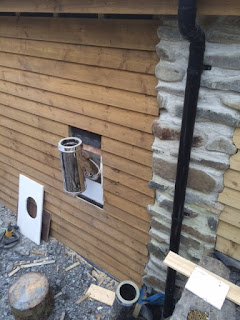 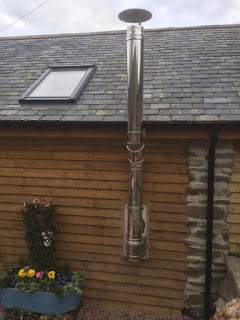 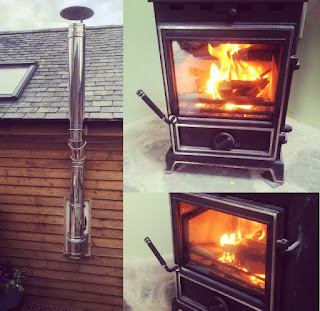 The chapel wood burner had the same treatment- a stone wall hearth, but this time with a flat surface on top rather than keeping it all stone so we've got; two thick pieces of slate; an old tile that was part of the pile we found while clearing the garden and that we think is from the original floor of the chapel; and a manhole cover from the garden.
The manhole cover is particularly interesting as it has a stamp in the middle with the name of a local builder on it. so it's adding a nice little piece of history to the room.
Again, there were plenty of giggles and lots of laughs from people hearing that a man hole cover is going under the wood burner, but we've got pretty used to people laughing at our different ideas by now.
Then as with the stable it was a case of fitting the wood burner and it's flue pipe. This time it did go straight up with some anchors on the wall to steady it. 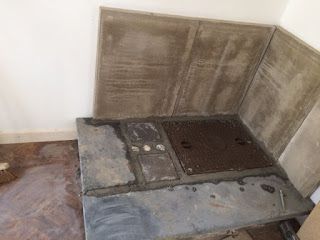 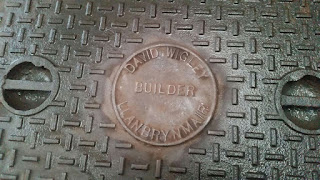 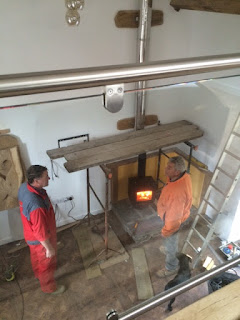 And there you have it two stylish, and individual woodburners set in unique and handmade hearths. 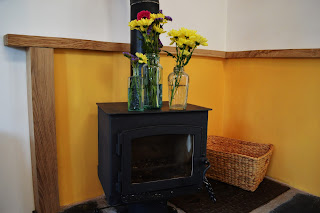 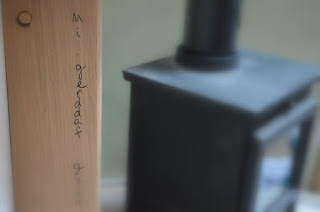 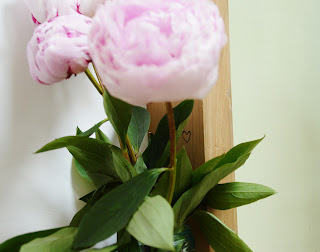