It's dry, and that can only mean one thing = digging.
With the telegraph pole gone from behind the house we've had a second wind in trying to get the patio area ready for the hot tubs and oil tank which means sorting out the stone wall that we started building this time last year! This wall in particular has some fairly monster sized stones in it, and as good at stone walling as I pretend I am, I can't fake being able to lift boulders so Ioan was recruited for a day of fetching and carrying. 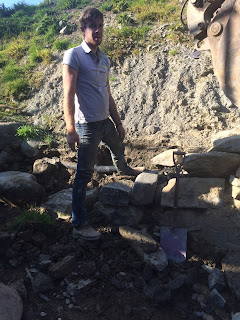 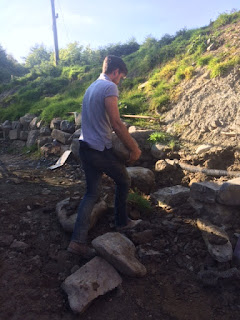 The most difficult task was listening to Ioan and Dad argue over who was going to drive the digger! But by the end of the day a long section of the wall had been sorted so the boulders placed there temporarily over the winter sat in a better position.
Now we have a little section more of wall to build and then we can start levelling the ground out the back of both the chapel and the stable ready for the hot tubs before putting in another two walls that will separate the two gardens. 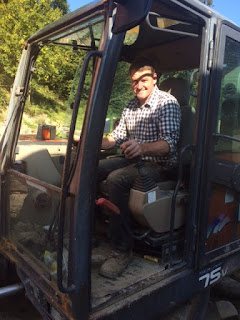 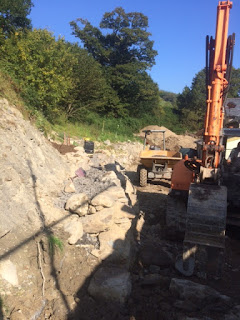 The front of the house with an autumnal blue sky, I thought I ought to take a snap of it before the winter sets in! 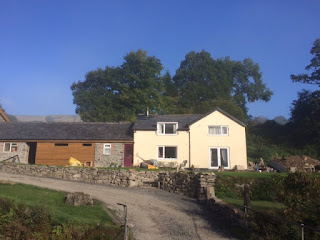 And a photo of the little friend I made while clearing up around the back, trying to hide behind a rock. 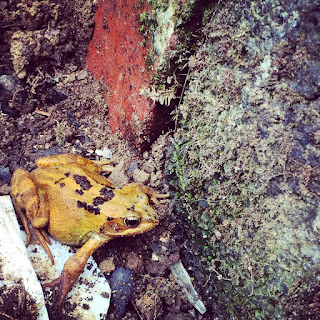