I used rain water to mop the floor, but I put Cif in, so it's fine

Things are happening.
Mainly cleaning.
I was up at the house Monday morning where I began on the relocation of a large population of super-sized spiders from the shower room, seriously super-sized, it's definitely been a case of survival of the fittest up there, because I'm pretty sure only the biggest, baddest spiders have survived. It took a while, and a lot of friendly persuasion (every time I placed a spider outside it came running back towards the house) but I think there are at least fewer than there were to start with now!
The shower room is sparkling; my little Sense 'n' Spray is working it's squirty self hard to combat the St Ffagans smell that is diminishing now I've mopped up the soot from the tiles in the cwtch room and Mam started working on cleaning the kitchen. The more time I spend up there the more excited I am about how it's developing, even when it's just small things like cleaning some grime off a sink, it still feels like we're making a massive difference, how naive I am!

Our potential builders came around to assess the chimney issue, a few of the damp spots in the house, and to have a look at the outbuildings to decide whether or not it's a job they reckoned they could take on or even fancied doing.
The chimney of course being priority for the moment, and they are willing enough to re-build it for us, as long as we take it down first.

Oh easy job, no problem, thanks. 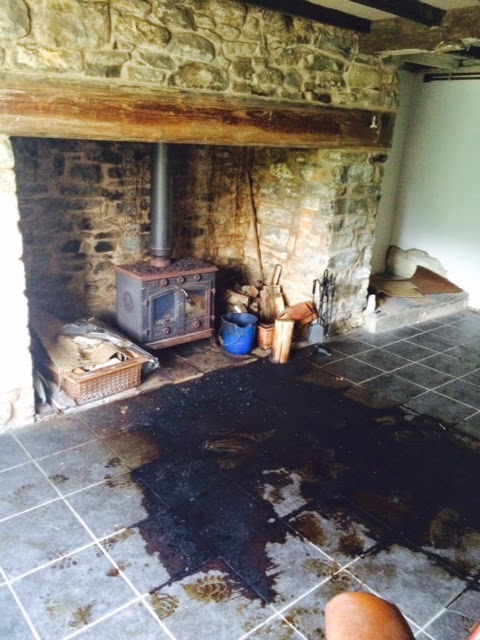 This is a before I cleaned it photo of the floor in the cwtch room as a result of the holey chimney, I forgot to take an after photo, but I will next time I'm up. The damage to the tiles is basically nothing, which is surprising considering the severity of how it looks.

It's an odd thing this chimney. Not only is there a large crack down the back of it, leading to all the soot and water gushing into the cwtch room, but in the room through which it runs upstairs, it comes out into the room itself by about a metre of big stone wall and runs across almost the entire back wall of the room. It's large and intrusive where it absolutely needn't be and to be honest I haven't managed to figure out what lead to it being built like that in the first place, but I can't wait for it to be gone.
Superman Dad has already started removing it.
Once he gets a job in mind, there is very little that will stop him from starting it, which was exactly what happened yesterday morning.

So removing a chimney is quite a conundrum, especially when it's made out of old large rocks like ours. The last thing we want is a rock smashing through the roof, or my Dad following it, so figuring out the most efficient and safest way of doing this was a bit of a pickle.

We settled on a ladder and a bit of wood. 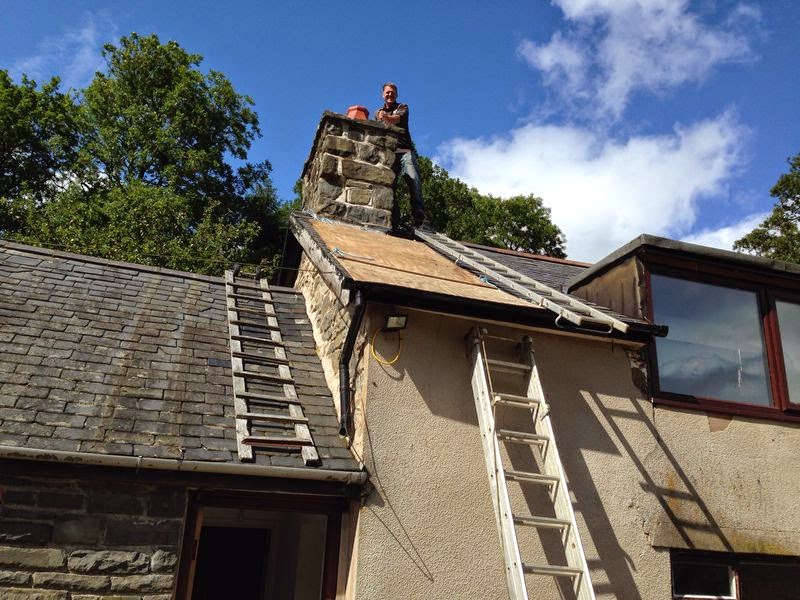 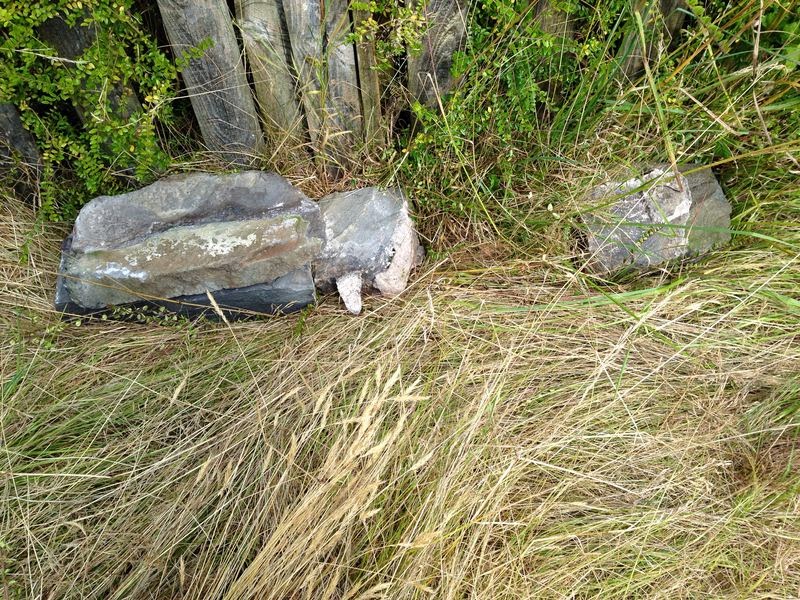 I really can barely believe how quickly he's done it.
Jake went up after work to give a hand, and the chimney is already down into the room. With some helping hands this weekend it should hopefully be down by Monday, so that we can crack on with the rebuilding. I say we, I 100% mean the actual builders. 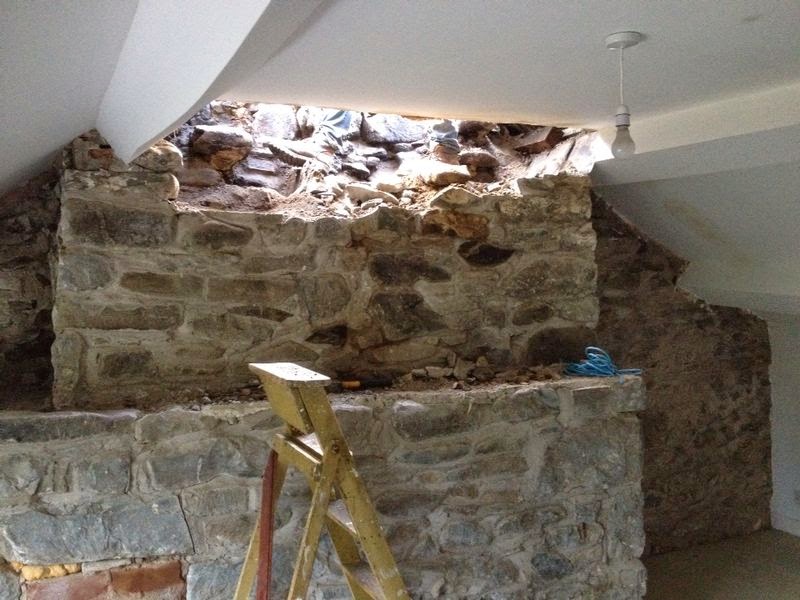 I'm heading back up tomorrow afternoon after I finish work, hopefully to finish getting all that stone out of the upstairs bedroom and to continue with the major clean-up operation in and around the house. I've got until Sunday night, so plenty of time if I knuckle down and don't get distracted by where the heck all these spiders keep appearing from.