So it's been a week and two days since we've had the keys to the house in our possession, and I am genuinely baffled by the amount of work we've done and how much the place has changed.
We have masses of support around us and it means we can move forward and start crossing things off the "Urgent To Do" list much sooner than I had ever anticipated.

Last week the focus was mainly the chimney in the house although we did have my little (big) cousins stop off on their way home from their holidays to help and take out a fence for us.
They left without rolling the wire though, half a job always! 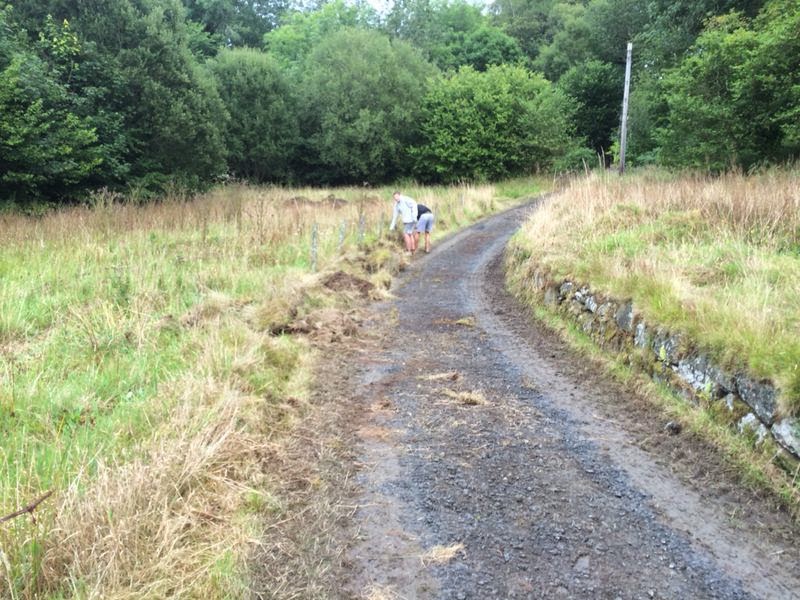 However the chimney seemed to take all our attention, it's only going to get worse so the sooner out the better. You'd hope that this is the dirtiest job we have to do in the house, but I'm afraid plumbing and electricity are going to be just as bad.
A brief breakdown of the chimney is that it had a large crack down the back wall, this lead to a significant leak every time it rained- this is Wales, it was like one continuous flow of water running through the chimney and into the cwtch downstairs over the wood burner and onto the lovely new (I think) tiles.
It had to come out.
Which it did. 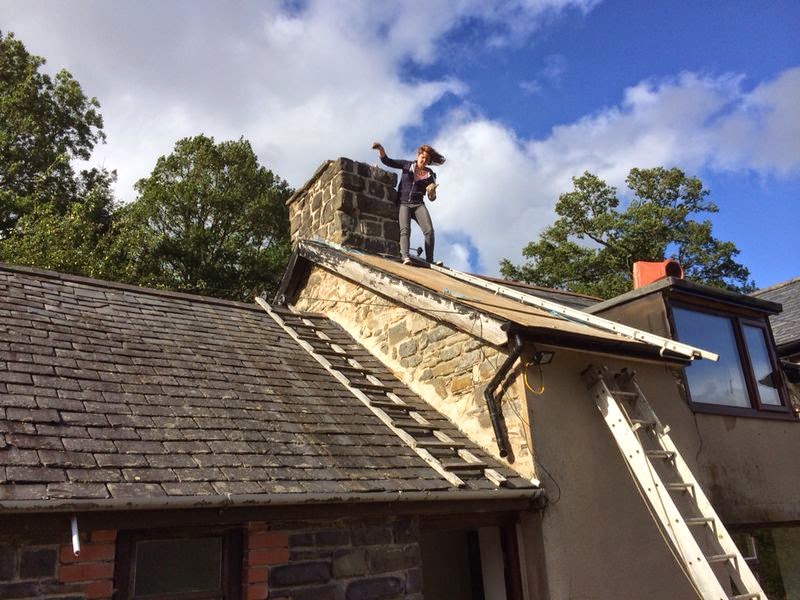 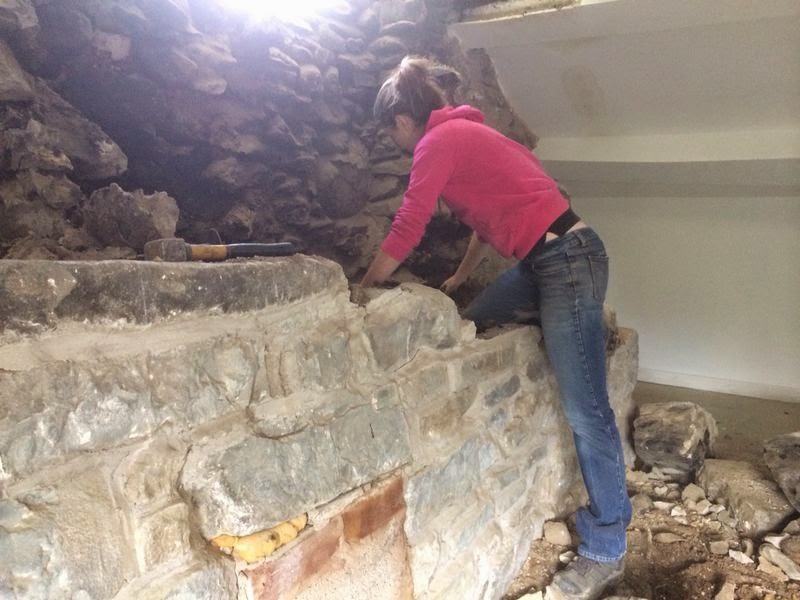 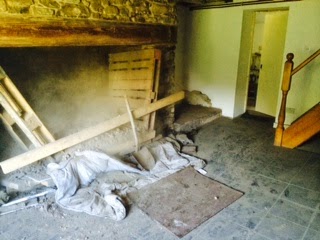 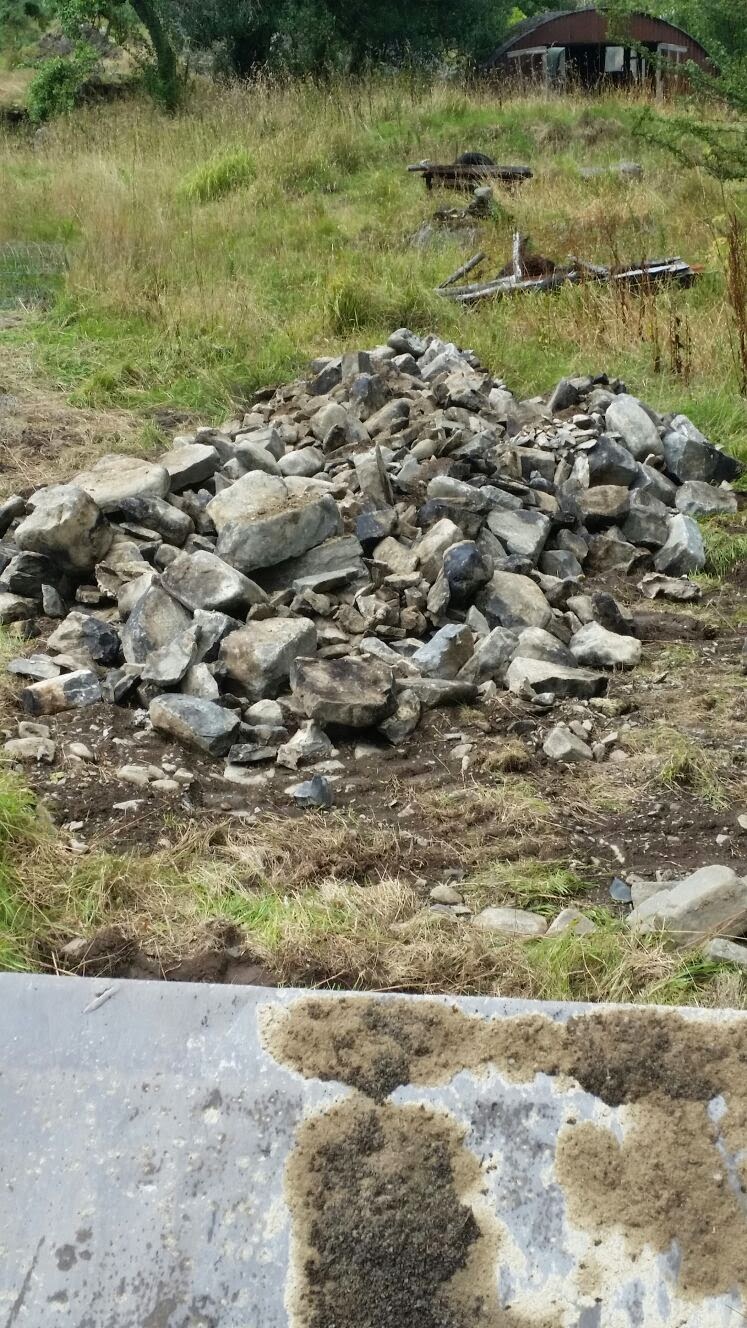 Another thing you won't believe is that there isn't any mortar holding them together, it's just soil. Soil, broken glass and occasionally (and I mean, really occasionally) some hair.
When the people who built this wall were sat in that cwtch room downstairs, a gale blowing outside, they must have been pooping themselves at whether or not it was going to all tumble in on them.
With the chimney gone we could have a good look at the wall behind it.
Terrifying.
The stones were black from the fires that had been there previously and once you moved one and swept away the dust another would fall off in your hand. Not good, especially when the one falling off in your hand was bigger than your head and significantly heavier too. They had to come from there, and the issue wasn't really in trying to get them out, the soil/mortar/dust made that quite easy for us despite the weight and size of a lot of them, the real problem came when we had to decide where to stop, because it was endless!

Not only did we have my cousin spending all day with Jake Saturday in the dust and grime moving stones, this weekend we also had reinforcements from Cardiff, in the shape of Jakes endlessly enthusiastic parents. They drove up just for the day with carrier bags full of the finest summer salads, home made potato salad, quiches, deli meats, olives and a party cake for pudding, with work gloves at the ready to move some stone and a bottle of wine for after.

Everyone got stuck in. 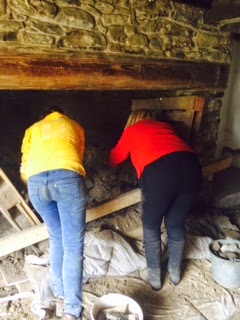 Masks would probably have been a good idea, but it was too late now, we were committed.
Mother looked like she'd just come back from a fortnight in Corfu her face was covered in dust- but at least it was an even covering.
Jakes Mam started off resplendant, every hair in place, falling perfectly to frame a flawlessly made up face, lipstick and lashes pristine. Needless to say that was not how she left that evening. She didn't manage to get quite the even covering that Mam did but sported a much patchier look, especially around the nose with a couple of flecks of cement attached to the face for good measure, a fajazzle? 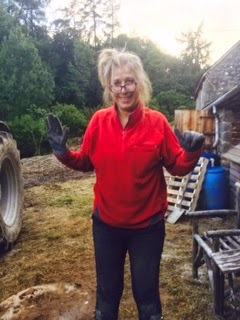 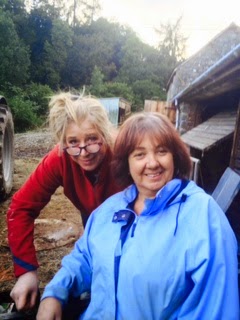 The Dad's were in charge of new mortar in an attempt to get the walls a little more stable, and it turns out a Hair Stylist can be pretty nifty with a pointing trowel. 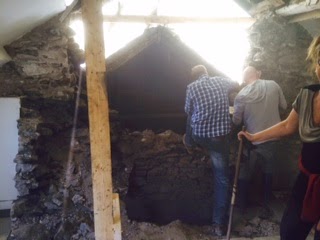 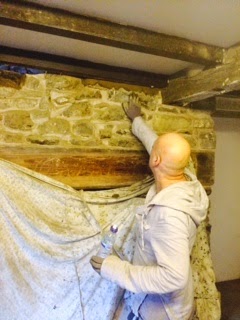 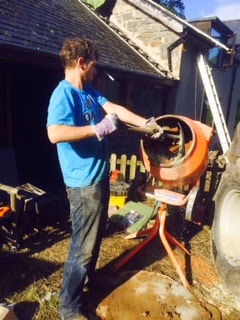 To someone looking at it for the first time I imagine it probably looks like a little bit more on the messy side of organised mess, but for us, the change is significant and oh my days I'm excited.