Since my first post where I was still mainly in a state of shock I'd say quite a significant amount of "stuff" has happened.
I'm still living in the "big city", so it has been quite difficult to get a grip on everything that needs to be done before we can move in, apparently there's quite a lot though.
Jake has got a new job and it began on Monday so he's already moved up to the country (shock, horror, sob) and is living in my family home in my old bedroom.
What a comfort it must be for him to sleep alongside all the My Little Ponies I still have knocking about in that room. Really living the twentysomething dream.
Lad.

As far as the house is concerned we realised that there is no running water to it, or at least not the sort of water that you can use, despite a somewhat misguided belief from the vendor's house caretaker that water running from a drain into "an old shitty bucket" as my mother so eloquently put it, would count as running water for us.
To begin rectifying the water issue as soon as we can we need a slightly more durable bridge over the river to the house than the one we currently have in order to get us some lovely clean, pure, welsh H2O! Depending, as always, on how planning permission goes.
Father has bought a new digger for the occasion. What joy.

The bridge itself is a top notch bargain and it looks amazing, except it's just a bit heavier than I can manage to lift and it comes in three parts.
It's also a little bit on the rusted side, which really just adds character.
However in order for it to last for longer than a year we do need to get rid of the rust and repaint it with some sturdy rust proof stuff. So out come the wire brushes and spray painter.
It's not a massive job, but its definitely the sort of thing that would drag if it was one person doing it by themselves, especially seen as we need a tractor to turn it over to do each side. Maybe it's a little bit a massive job in the terms of scale. I mean, it's an entire bridge.

Luckily the last time I went home three of us started tackling the rustiest piece, which has definitely shimmied things along. 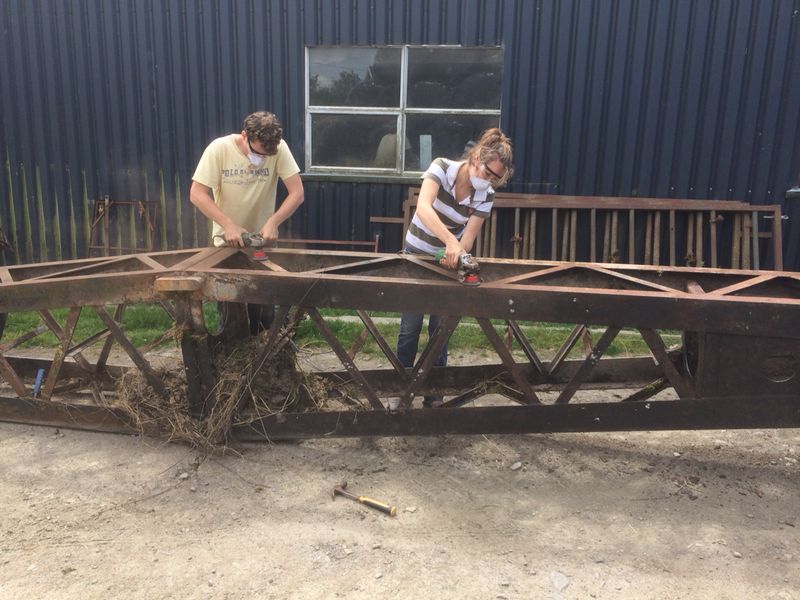 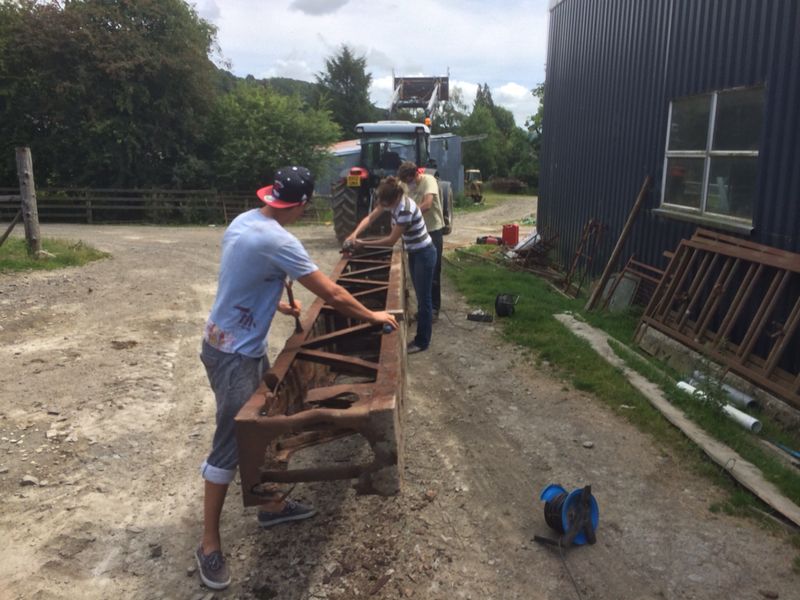 Bearing in mind however that the photos above depict only one section of the bridge, there are another two pieces that need the same treatment. Once we're up there and we get it in though, it's going to look amazing.
I haven't had any ideas on how to get it up to the site or put it in yet, but I'm pretty sure the magic bridge moving fairies will get on it once they realise we've finished painting.